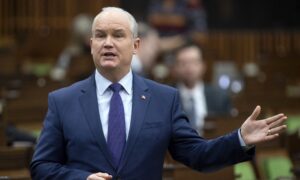 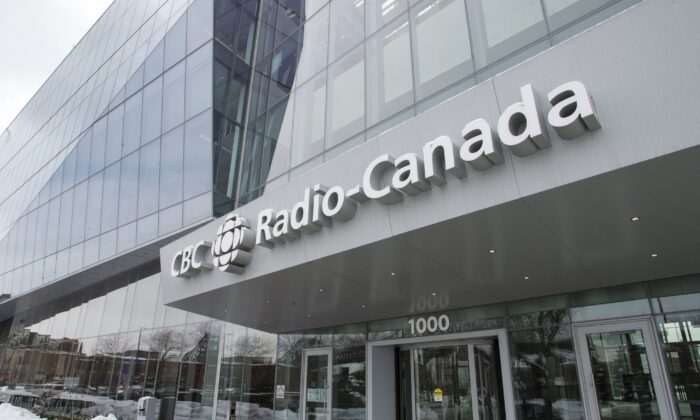 The CBC-Radio Canada building in Montreal on Jan. 28, 2021. (The Canadian Press/Ryan Remiorz)
Canada

When asked about his climate policy, including why greenhouse gas emissions have increased in recent years under his party’s governance, Trudeau responded by blaming the Conservatives­.

“When we took power we had a [former] government that did nothing to fight against climate change, and we had to start from zero in 2015,” he said, adding that his party’s new goal to slash greenhouse gas emissions by 40-45 percent to below  2005 levels by 2030 will work.

In 2015, when Trudeau defeated Stephen Harper who had been prime minister since 2006, Canada’s emissions were 723 megatonnes of carbon dioxide equivalent, down from the 730 Mt Harper inherited from the Liberals.

When it was his turn, O’Toole defended his party’s current policy on climate change.

“We have a price on carbon. That is a change for our party, certainly, but it is very important for our plan to reach our objectives,” he said, adding that as the leader of the Conservative Party, he is serious about climate change.

Trudeau was also asked during the interview about the skyrocketing national debt and whether it will leave an enormous burden on Canada’s future generations. He responded by saying, “We took on debt so that people wouldn’t have to go into debt.”

He was also questioned about the appointment of Mary Simon as Canada’s 30th governor general and her lack of French-language ability. Trudeau said while he understands that Simon’s appointment came as a disappointment to many francophones, it was needed as a symbol of reconciliation with the indigenous community.

“No. It was not a mistake,” he said. “I thought a long time about that choice. I knew it wouldn’t be easy to do.

The party leaders will return to Montreal for their first face-off in the French-language debate on Sept. 2 on Quebec’s TVA network. Green Party Leader Annamie Paul and People’s Party Leader Maxime Bernier are not invited to the TVA debate.

The federal Leaders’ Debates Commission has scheduled the official French-language debate to take place on Sept. 8 at 8 p.m. EDT, and the English debate the next day at 9 p.m. EDT.