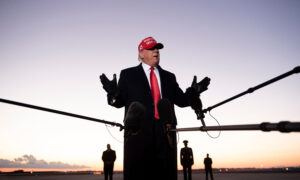 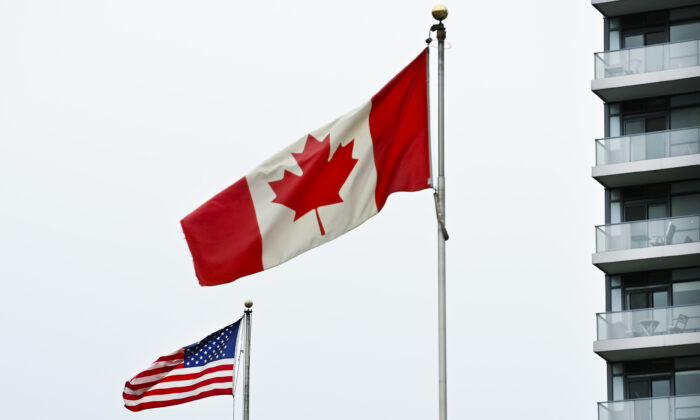 Prime Minister Justin Trudeau said Canada has worked with the United States over the past four years, and it is ready to continue to do so regardless of the outcome of the election.

“Obviously elections matter, and we will watch the results of this one,” said Trudeau. “But Canada is well-positioned and ready to continue to work with the American people and the American government, regardless of the outcomes of tonight,” said Trudeau in a press conference on Nov. 3.

Trudeau said that Canada has worked to defend its interests, despite fluctuant factors leading American presidents to make choices that have changed along with “the will within the American people” over the years.

“We’ve continued to work alongside them in multilateral fora and on the world stage, we’ll continue to do that.”

“We’re going to continue to watch and make sure we are standing up for Canadian interests every step of the way, but we will allow the American elections, obviously, to unfold as they will, and Canada will watch.”

Conservative Leader Erin O’Toole expressed views similar to Trudeau, saying that Canada should maintain good relations with the United States regardless of who sits in the White House.

“This is a vote for Americans, not Canadians,” said O’Toole. “I will work very closely with whoever the Americans choose to be their president. The Americans are a very close and important ally.”

On the contrary, NDP Leader Jagmeet Singh and Bloc Quebecois Leader Yves-Francois Blanchet are more direct with their preferences.

“For those that want to build a more just world—silence is not an option,” said Singh in a Twitter post on Nov. 4. “We have a moral imperative to say very clearly, that it would be better for the world if Donald Trump loses.”

Blanchet also wrote on Twitter that he is in favor of Trump losing.

“It’s not only the United States, or Quebec, or Canada that would fare better if this man was to leave the Oval Office,” he said.

The final results of the 2020 U.S. elections have yet to be called, as the presidential candidates are locked in a tight race.

Trump, however, is leading in major swing states, including Pennsylvania, North Carolina, and Georgia.