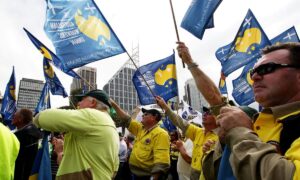 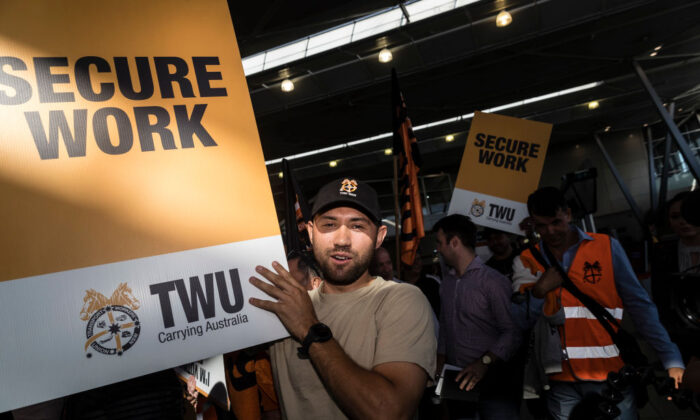 The union for Australian truck drivers is threatening strike action after talks with major logistics company Toll Group broke down on July 14.

The Transport Workers’ Union will file an application with the industrial relations tribunal, the Fair Work Commission, to organise a vote to determine whether 7,000 drivers across the country will strike.

The TWU claims such a strike would “cripple food and fuel supplies across Australia.”

The newly proposed agreement comes as Toll finalises the sale of its global express business to fund manager Allegro.

The TWU is critical of the agreement claiming its focus is on “slashing pay and conditions” so the company can afford to win contracts from major retailers with lower rates.

The Union claims all new drivers will be employed as part-time workers on rates just above the award minimum and with superannuation remaining at the national standard of 10 percent. It also claims that part-time workers will lose overtime entitlements, with the new agreement proposing 38 additional hours of work with no penalty rates.

“This is an outrageous attack on the jobs of hard-working truck drivers. Over the last year, truckies worked harder than ever and delayed negotiations to assist Toll while the effect on the economy played out.” TWU National Secretary Michael Kaine said in a statement. “During that time, profits have skyrocketed at the wealthy clients whose goods drivers have been transporting.”

In response, a Toll spokesperson told The Epoch Times that the company was “disappointed” by the TWU’s action, and it would continue engaging in discussions with union representatives.

“We will continue to engage in constructive discussions to resolve the remaining points of agreement to avoid unnecessary disruption to Australians.”

The new agreement from Toll guarantees much of the existing pay and conditions for workers as its Global Express business transfers over to Allegro, including a one-off lump sum of $750 and wage increases of 1.5 percent in 2021 and 1.75 percent in 2022, this is above the increase in the consumer price index, which rose 1.1 percent for the 12 months to March 2021.

The current superannuation rate, at 14.75 percent, will also be preserved.

Further, Toll is looking to expand into the eCommerce and business-to-consumer sector—which has seen considerable growth in recent years—to compete with casual delivery services such as AmazonFlex.

It is in this segment that Toll will offer new drivers’ a different pay structure from the existing logistics business, including 10 percent above award wages, as well as 10 percent superannuation.