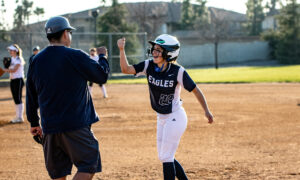 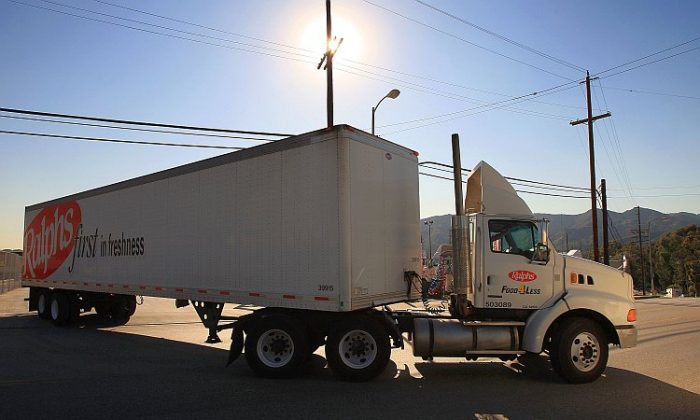 A truck leaves a trucking facility in Glendale, Calif., in this file photo. Small trucking companies are concerned they may be negatively impacted by the crackdown on independent contractor misclassifications. (David McNew/Getty Images)
Southern California

AB 5, which went into effect in January 2020, was intended to provide additional protections and benefits for employees. However, the reality of the bill looks much different, according to some “gig” workers.

The bill authored by Assemblywoman Lorena Gonzalez reclassified what constitutes independent contractors by creating a three-pronged “ABC” test that workers must pass to be considered freelancers. It essentially codified a judge’s ruling in the case Dynamex Operations West Inc. v. Superior Court, which placed the burden on the employer to establish whether a worker is an employee or an independent contractor.

Jim Manley, a lawyer at Pacific Legal Foundation representing the American Society of Journalists and Authors (ASJA) and the National Press Photographers Association (NPPA), told The Epoch Times that the ABC test is “just too simplistic to take into account how people work in this modern economy.”

“The real problem is the B factor of this test, where if you’re engaged in the same sort of business as your clients, then you can’t be a freelancer, you have to be an employee,” Manley said.

“And so for somebody who’s a journalist in the business of selling information, their clients are going to be in that same business and they’re not going to be able to be a freelancer.”

Manley said both AB 5 and the Protecting the Right to Organize Act (PRO Act) use the ABC test. The PRO Act, which was approved in the U.S. House of Representatives in March, would, in the same way, reclassify independent contractors on the federal level.

“A lot of freelancers, were members of [ASJA] … and made the choice to be freelancers because of their lifestyle, because they want the flexibility, the price, they want the independence,” Manley said.

“[They also want] the freedom that comes from being your own boss, and they don’t want to be an employee. There are disadvantages to being an employee that is in some cases impossible for them to work,” he said.

Truckers also no longer have temporary relief under AB 5 and are appealing the ruling. In April, a panel of three judges in the 9th Circuit of Appeals rejected a preliminary injunction issued by a lower court that paused AB 5 from affecting truckers, in a 2-1 ruling.

The 9th Circuit in June also refused to rehear the case, again by a vote of 2-1.

“We continue to stand by our initial claim that the implementation of AB 5’s classification test is preempted by federal law and is clearly detrimental to the long-standing and historical place California’s 70,000 owner-operators has had in the transportation industry,” Shawn Yadon, CEO of the California Trucking Association (CTA), said in a statement on May 3.

Yadon said the CTA will continue to take legal action on behalf of the “independent owner-operators and motor carriers operating in California” all the way up to the U.S. Supreme Court.

Assemblyman Kevin Kiley has attempted to repeal the California bill a number of times, but has not gained enough support in the legislature. He said he even sent 85 copies to every U.S. senator of compiled testimonials from freelancers whose careers have been dismantled due to the law, as a warning against the PRO Act.

“As they consider the PRO Act, they should be aware of the devastation that it’s wrought here in California,” Kiley told The Epoch Times.

“To sort of metastasize that problem from California, and bring it to a nationwide scale, I think would be absolutely devastating, especially when we still have such a long way to go in terms of economic recovery from the last 15 months of economic disruption,” he said.

Until Gov. Gavin Newsom signed emergency measure AB 2257 in September 2020, freelance journalists were capped at 35 articles per year for one business entity. AB 2257 outlined additional exemptions for independent contractors, business-to-business relationships, performing artists, writers, and others in the creative industry.

“This legislation was a product of robust dialogue over the last year with workers and businesses from every part of the state,” Assemblywoman Gonzalez said in September. “AB 2257 strikes a balance and continues to provide protections for workers against misclassification that had previously gone unchecked for decades under the old rules.”

In total, there are 109 exemptions carved out in AB 2257, but it still leaves hundreds of industries in the dark. Industries that have strong lobbyists are more likely to receive an exemption.

“In many cases and you have a lot of national companies that will not even hire from California anymore, even if you know they can find a way to make it work within the letter of AB 5, they’re nonetheless not willing to take the litigation risk,” Kiley said.

“I’ve heard from a lot of truckers who have told me exactly that, this is going to completely abandon their business model, and their livelihood, and of course, the impact of that is not just the jobs that are an issue, but the commerce that truckers enable in terms of making our economy really work,” he added.

According to the U.S. Chamber of Commerce, the PRO Act is a high priority for new Congress members in 2021. The House approved the measure in Sept. 2020 but it stalled in the Senate under the Trump administration; earlier this year, the House passed it again. President Joe Biden has previously shown support for “pro-labor” actions such as the PRO Act.

Additional actions to rationalize AB 5 also have been underway. In May, the U.S. Department of Labor withdrew a final rule under the “Independent Contractor Status Under the Fair Labor Standards Act” that “reaffirms an ‘economic reality’ test to determine whether an individual is in business for him or herself (independent contractor) or is economically dependent on a potential employer for work (FLSA employee).”