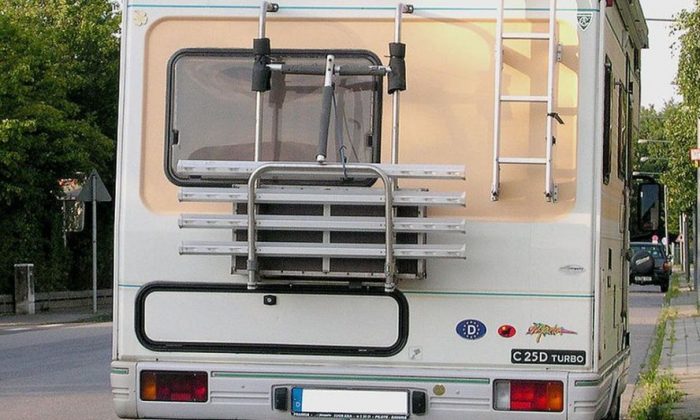 Trucker Saves Girl From Abduction, Now Teaches Other Truckers How to Help Too

Trucker Kevin Kimmel noticed something odd when he parked his vehicle at a truck stop in New Kent County, Virginia.

When he was sitting in his semi, he saw an RV with black drapes covering the windows.

After that, he saw a man knock on the door of the RV.

“I saw a middle-aged man walking to the RV,” Kimmel wrote in a blog post to other truckers. “Next I see him exit the vehicle and head into the truck stop, only to return a couple minutes later to knock again for entry. A few minutes later the RV was rocking.”

He got a bad vibe from the whole thing and kept watch.

“Then I saw what looked like a young lady peering out from the blackout shade, only to be quickly pulled back and the shade recovered the window.”

“I could act on my gut feeling or write it off. That’s when I got out my smart phone and googled local police, made the call and told the dispatcher what I had seen,” he wrote.

He stayed long enough to see four troopers arrive, then an ambulance.

“I witnessed a female trooper walking toward her car with an extremely disheveled young lady, who was not handcuffed, and placed her in the front seat of her cruiser. … They said that I probably saved that girl’s life.”

He learned later that the 20-year-old in the RV was being held as a slave. She had been captured on Christmas eve and was forced into prostitution on a trip from Iowa to Virginia. Her captors threatened to kill her family, according to The News & Advance.

“When I saw the young girl’s face, I said that’s not going to happen, I’ve got daughters and granddaughters,” Kimmel told WTVR.

A few days later, the victim called Kimmel to thank him personally, calling him a hero and her guardian angel.

“I told her thank you, and that my wish for her was that she find a way to get through this nightmare and go on to live a happy and healthy life,” Kimmel wrote.

His actions led to the conviction of two human sex traffickers. They got 41 and 40 years respectively.

That was back in January 2015. Now Kimmel belongs to an organization called Truckers Against Trafficking (TAT). His actions that day earned him the Harriet Tubman Award for courage, worth $2,500. Tubman was an abolitionist who helped transport hundreds of slaves through the Underground Railroad to freedom.

Kimmel also speaks to other truckers about how they can help too. TAT tells truckers that as the eyes and ears of the nation’s highways, they are “in a unique position to make a difference and close loopholes to traffickers who seek to exploit our transportation system.”

If you liked this article, spread the good news—share it with others.