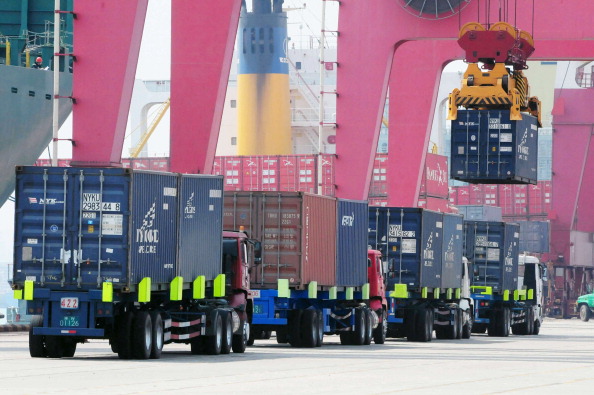 Truck drivers in multiple provinces in China have decided to go on strike, demanding that the Chinese authorities address their grievances.

In the cities of Chongqing, a megacity in southwestern China; Hefei, the capital of Anhui Province; Tongren in Guizhou Province in eastern China; Liaocheng in Shandong Province; and Xiushui County in Jiangxi Province, truck drivers have idled their vehicles either at parking lots or on the side of the road, in protest of their mistreatment, according to Radio Free Asia (RFA) on June 9.

The drivers said they have a hard time making a living due to the high oil prices and toll fees that have become a burden on the meager income they earn, according to RFA. What’s more, these drivers were unhappy that traffic police often fine them unreasonably for minor violations, such as overloading.

“There is an unspoken rule in China. If you don’t overload [your truck], you wouldn’t earn enough [per trip]. Then you are forced to overload, but you could be penalized [by the traffic police],” said Mr. Long, a resident of northwestern China’s Shaanxi Province in an interview with RFA.

Mr. Long also explained that oftentimes, if officials in the truck traffic bureau were in a bad mood for whatever reason, they would take their anger out on truck drivers and impose a higher fine than what traffic regulations stipulate.

Private truck service companies are also increasingly being squeezed out of business by bigger competitors in the trucking industry, especially firms that are controlled by Chinese authorities, said Ms. Zhang from southern China’s Guangdong Province, according to RFA.

She explained that these state-run companies have tried to drive down truck service prices in order to monopolize the market.

RFA says that Chinese authorities have taken measures to stop the strike from spreading further. In Shandong Province, several checkpoints have been set up at provincial borders to monitor truck traffic flow.

In China, trucks deliver more than 80 percent of goods, according to Bloomberg, and the majority of the trucking business falls under a single company, Manbang Group, a truck hauling service firm. The firm was created after two competing companies, Huochebang and Yunmanman, merged in November 2017.

The recent truck driver strikes are the second cross-country strikes to occur in a little over a month. In May, crane drivers employed by different companies in seven provinces—Guangdong, Fujian, Hunan, and Jiangxi in southern China; Jiangsu and Zhejiang in eastern China; and Sichuan in southwestern China—went on strike because their wages have not increased in several years, according to RFA.

A crane driver from Hunan, speaking to RFA, complained that his salary has not increased in six years. He and other drivers often worked without a contract, and also did not receive any overtime pay.