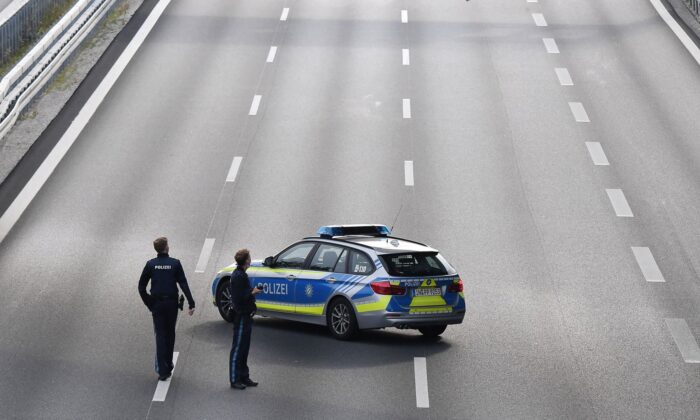 Truck Crashes Into 3 US Army Vehicles on Highway in Germany

A truck crashed into several convoys that were operated by the U.S. military in Germany on Monday, leaving at least one person injured and eight soldiers hospitalized for a precautionary screening.

The incident, which German police believe to be an accident and not an attack, happened on the A3 highway near Neumarkt in Upper Palatinate on Dec. 20.

Three U.S. military vehicles, including two fuel tankers, were on the side strip of the highway and police said an articulated truck loaded with wood chips ran into one of them from behind.

The U.S. Army said there were no known injuries among its personnel, although eight soldiers had to be hospitalized with smoke inhalation. The driver of the truck had burned himself in his driver’s cab, German newspaper Bild reported.

“Three U.S. vehicles were traveling from Hohenfels on the motorway towards Grafenwöhr,” a spokesman for the 7th Army Training Command at Grafenwöhr told the paper.

“Because they were separated from their escort vehicles, they waited on the side of the road. This is where the crash took place,” he said, adding that all three U.S. Army vehicles were “totally destroyed.”

“We’re lucky that no U.S. personnel were seriously wounded,” the spokesman added.

Videos of the incident shared on social media show the wreckages of the truck and military vehicle on the highway as smoke billows into the sky.

German authorities said the A3 is currently completely blocked in both directions.