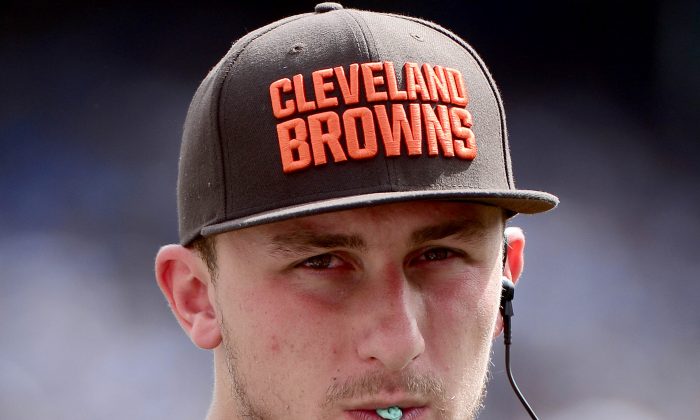 Former Cleveland Brown quarterback Johnny Manziel is accused of causing nearly $32,000 worth of damage to a Los Angeles rental after two nights of hardcore partying, according to the New York Post.

“Mr. Manziel threw large parties on both nights, causing extensive damage … Evidence suggests [Manziel] and his guests were consuming drugs and alcohol … and that they caused a disturbance to the neighborhood,” Niki Ghazian told The Post. Ghazian is an attorney to real estate broker Nicholas Goodwin, whose company, LA Exotic Life, rented to Manziel.

Damages reportedly include cigarettes and marijuana burn marks on the living room floor and permanent wine stains in the upstairs master bedroom, totaling $16,500 in replacement fees.

Manziel is said to have rented the luxurious home for two days in April and didn’t check out at the scheduled time of noon.

“They were supposed to check out at noon. Manziel was passed out … There was cocaine all over the kitchen table, and mushrooms were still out on the table in front of him. There was booze everywhere … broken glasses over the floor and a Champagne glass in a tree,” said Goodwin.

The troubled athlete was waived by the NFL team after numerous off-field incidents, mostly stemming from his partying lifestyle—allegedly even showing up to a team meeting hungover. Agent Drew Rosenhaus terminated his contract, saying Manziel hasn’t taken the “necessary steps to get his life back on track.”

“I have terminated the standard representation with Johnny Manziel in the hopes of helping him get the treatment I believe he needs,” Rosenhaus told ESPN’s Adam Schefter. “I have informed him that if he takes the immediate steps I have outlined for him that I will rescind the termination and continue to represent him.”

This is the second representation Manziel has lost in his brief career—LeBron James’s LRMR Management Co. dropped the former Texas A&M football star as a business client.

Last year, Manziel did a stint in rehab, after his partying habit eclipsed his poor performances for the Brown’s.

“Johnny knows there are areas in which he needs to improve in order to be a better family member, friend and teammate and he thought the offseason was the right time to take this step,” said Brad Beckworth, a family adviser, in a statement.

“On behalf of Johnny and his family, we’re asking for privacy until he rejoins the team in Cleveland.”