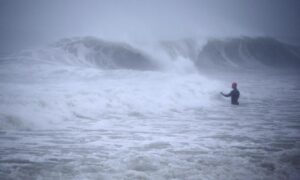 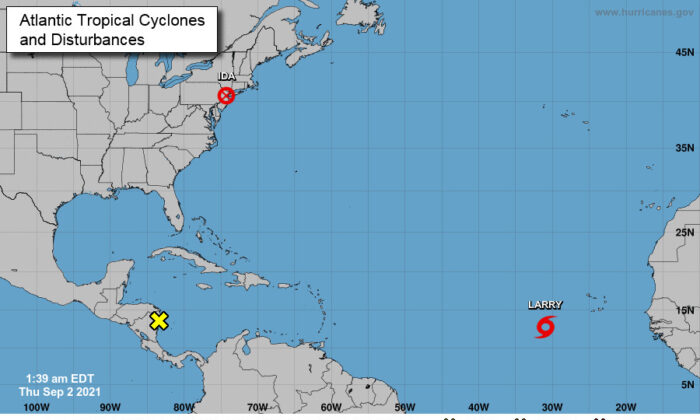 A map showing the tropical cyclones and disturbances in the Atlantic Ocean as of 1:39 a.m. ET on Sept. 2, 2021. (NHC)
International

Tropical Storm Larry was expected to intensify into a hurricane soon, the National Hurricane Center (NHC) said on Wednesday.

Tropical Storm #Larry has rapidly intensified since this time yesterday and is expected to become a hurricane tonight over the eastern Atlantic. Larry is forecast to move over the waters of the eastern and central tropical Atlantic through Monday.https://t.co/oLAjv14a4R pic.twitter.com/uHKGuv24KZ

Larry was strengthening and moving quickly westward after forming off the coast of Africa earlier Wednesday. Its strengthening paused later Wednesday, but its intensification is likely to resume late Wednesday night and Thursday, the NHC said in its latest advisory.

Forecasters predicted it would rapidly intensify in a manner similar to Ida, becoming a major hurricane with top wind speeds of 120 mph (193 kph) by Saturday.

Kate remained a tropical depression and was expected to weaken without threatening land.