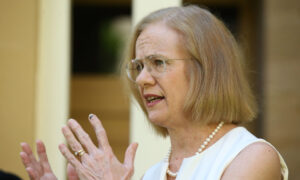 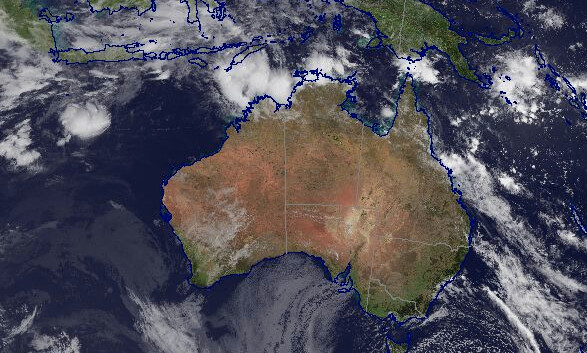 Ex-tropical cyclone Kimi has weakened into a tropical low off the North Queensland coast, but authorities are warning there is increased potential for flooding and a new cyclone to form in the next couple of weeks.

Premier Annastacia Palaszczuk said it was “good news” the system had been downgraded but warned a flood watch is still in force in parts of the state. “So we’re still making sure we’re just monitoring that rain of the next 24 to 48 hours,” Palaszczuk said.

Ex-tropical cyclone Kimi is expected to remain slow-moving well off the coast through much of Tuesday before tracking back toward the north-northwest late in the afternoon as a weak tropical low, the Bureau of Meteorology (BOM) advised on Tuesday morning.

David Grant, a BOM weather expert, said there were early indications of renewed bursts of monsoon activity that may move across Far North Queensland and into the Coral Sea, where it could form into a new cyclone as early as next week.

“Mother Nature hasn’t quite turned the tap off just yet … and we may be talking about cyclones once again sometime in the next week or two,” Grant said.

It is located 250 kilometres (155 miles) southeast of Cairns and is no longer expected to cross the coast.

But the low will bring heavy rainfall that could see flash flooding and significant river flooding in coastal areas between Innisfail and Bowen on Tuesday and Wednesday if the remnant low moves towards the coast.

Tides may also be slightly higher than normal between Bowen and Lucinda but won’t reach the year’s highest tide level.

“We’re still well within a severe weather event—very strong winds, and a lot of heavy rain—so that flash flooding and general flooding warning remains in place,” he told Seven’s Sunrise program. “So we ask people to remain vigilant and can I just please stress to people that if it’s flooded, forget it.”