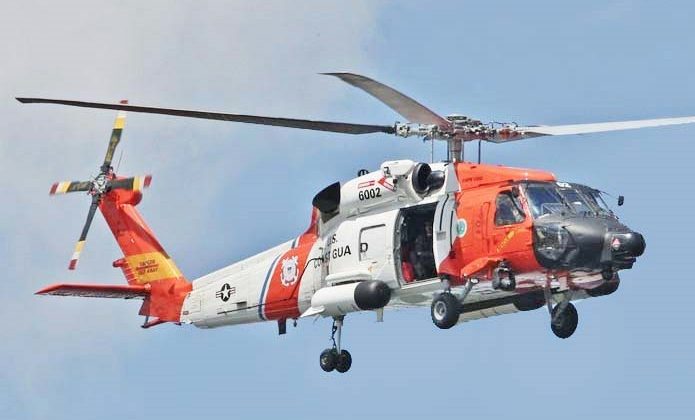 JUNEAU, Alaska—A U.S. Coast Guard helicopter late Thursday rescued seven people who had been iced in since last week at a cabin about 20 miles (32 kilometers) east of the Yukon River community of Emmonak in western Alaska, the Alaska State Troopers reported.

The group was “adequately supplied with food, water, shelter, and necessary supplies” before they were rescued Thursday night, troopers said.

U.S. Army helicopters had been expected to “extract” the individuals Friday morning, troopers had said. But a Coast Guard helicopter was able to make the trip from Nome after overcoming mechanical issues and getting a weather window, said Petty Officer 1st Class Ali Blackburn, a Coast Guard spokesperson.

“Safely extracting the group as quickly as possible was a top priority for all of the agencies involved in this operation,” said Austin McDaniel, a troopers spokesperson.

KYUK Public Media reported the group was composed of hunters from Pilot Station that got stuck outside Emmonak on their way home. Hunters from lower Yukon River villages traditionally travel to the coast in the fall to hunt for seal, without problems. But as they were making their way back, ice began forming on the water.

McDaniel had said the group stopped at the fish camp cabin for the night on Oct. 28. “While they were there overnight, the river iced over. So the ice on the river is too thick to run a boat, and it’s not thick enough to run snowmachine there, and there’s no overland route to get to this spot,” he said Tuesday.

Troopers said they were notified the individuals were “stuck” at the camp around 5:15 p.m. last Friday and that a supply drop of food and needed medications was made on Sunday.

Authorities had been pursuing use of a helicopter to pick the individuals up, McDaniel said. Weather conditions between the area and some hub communities, however, had previously hampered efforts to reach the site, he said earlier this week.

Blackburn said the Coast Guard also dropped supplies, including a radio, to the group before the rescue.

Paul Fancyboy, head of the Pilot Station search and rescue group, had told KYUK he was concerned with how long it was taking for the individuals to be rescued, calling it unacceptable.