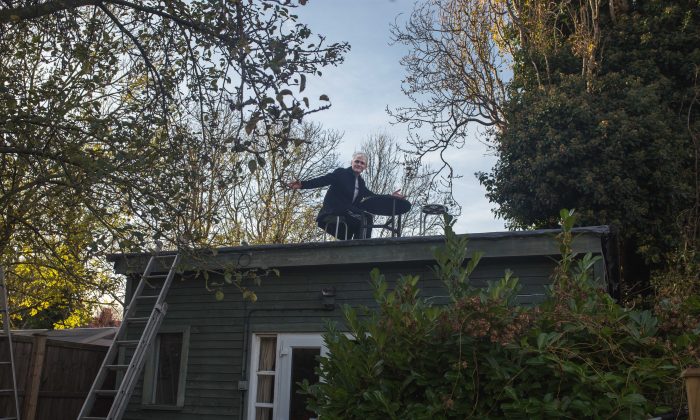 TripAdvisor’s Top Restaurant in London Was a Fake

A garden shed became the top-rated restaurant in London on TripAdvisor after a writer and his friends fooled the site by submitting fake reviews.

Oobah Butler, 26, created a website for the fictitious restaurant which he called The Shed and made it an appointment-only eatery so he didn’t have to reveal his address in Dulwich, south London.

Butler, who writes for Vice, said he came up with the idea from a previous job where he was paid £10 for writing fake reviews for restaurants which he had never eaten at.

The Shed became so sought after by customers that in the end, he had to have an opening night at his shed, where customers were served frozen supermarket ready meals.

In an article published in the magazine he revealed the moment he decided to start the hoax.

“One day, sitting in the shed I live in, I had a revelation: within the current climate of misinformation, and society’s willingness to believe absolute bull****, maybe a fake restaurant is possible? Maybe it’s exactly the kind of place that could be a hit?

“In that moment, it became my mission. With the help of fake reviews, mystique, and nonsense, I was going to do it: turn my shed into London’s top-rated restaurant on TripAdvisor,” he said.

The eatery originally started with the ranking of 18,149 on the site, making it the worst restaurant in London. But thanks to convincing reviews, the shed soon climbed up the ranks—despite having not served any customers.

He soon got inundated with calls and emails, with people wanting to book, sometimes months in advance. By August the restaurant was ranked as the 30th best restaurant in London.

Some of the “dishes” photographed were actually made up of foam and bleach.

The restaurant’s website promises: “An appointment-only restaurant located in South London, The Shed has been operating privately for years. In 2017, it decided to open its doors. As of November that year, it was TripAdvisor’s top-rated restaurant in London.”

The menu, also published on the website, was based on “moods” according to the website. “Instead of meals, our menu is comprised of moods. You choose which fits your day, and our Chef interprets that. We can also tailor dishes for special occasions and at extra cost,” it says.

Trip Advisor's no 1 restaurant in London that wasn't. Welcome to the Shed, Dulwich (or as I described it when they first got in touch, the second best shed based eating experience, after my own, natch.) A brilliantly executed piece of work. https://t.co/AfLF7cs5EK

A spokesperson for TripAdvisor told The Times: “Generally, the only people who create fake restaurant listings are journalists in misguided attempts to test us.

“As there is no incentive for anyone in the real world to create a fake restaurant it is not a problem we experience with our regular community — therefore this ‘test’ is not a real-world example.

Tripadvisor said the site had been on their radar for some time, because of suspicious reviews, and that they had already reduced its ranking and removed some reviews before it was revealed as a fraud.

“From the moment our system identified a suspicious pattern of reviews, it was only a matter of time before we caught and shut down this listing,” said the spokesperson.

Famous British food critic Jay Rayner played a small part in the trick, by tweeting: “At last: a restaurant that recognises food is all about mood. Of all the shed-based eating experiences out there this one sounds like the best.”

Later on Dec. 6, Rayner tweeted that the prank was “A brilliantly executed piece of work.”