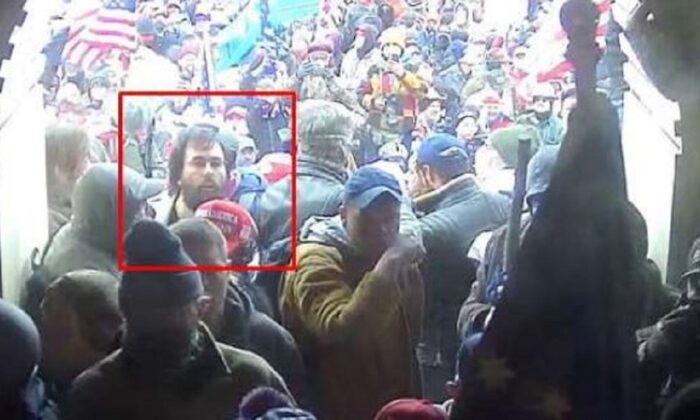 Trio Found Guilty of Assaulting or Helping to Assault Officers at US Capitol on Jan. 6

Three men were found guilty on Sept. 13 of assaulting or helping to assault law enforcement officers at the U.S. Capitol on Jan. 6, 2021.

Patrick McCaughey III, 25, was found guilty of nine charges, including aiding or abetting or assaulting, resisting, or impeding law enforcement officers, disorderly conduct on restricted Capitol grounds with a weapon, and other charges.

Tristan Stevens, 26, was found guilty of nine charges, including the assault charge and interfering with an officer during a civil disorder.

David Mehaffie, 63, was found guilty of four charges, including the assault charge and aiding and abetting in committing an act of violence in the Capitol building or on Capitol grounds.

U.S. District Judge Trevor McFadden, a Trump appointee, handed down the convictions after a bench trial, chosen by each defendant in lieu of a jury trial.

McFadden acquitted Stevens and Mehaffie of the charge of obstruction of an official proceeding.

McFadden said that U.S. prosecutors didn’t prove that the defendants committed the felony, WUSA-TV reported. That finding was based, in part, because Mehaffie said that he thought the 2020 electoral votes were already certified when he arrived at the Capitol.

Additionally, McFadden declined attempts by prosecutors to add enhancements to the assault charges.

Evidence at the trial included surveillance and body camera footage.

Sentencing is scheduled for Stevens on Jan. 13, 2023; for McCaughey on Jan. 26, 2023; and for Mehaffie on Jan. 27, 2023. Each side will file papers before then regarding the length of sentencing and factors the judge should consider before he hands down the sentences.

As of Sept. 6, more than 870 people have been charged in relation to the Capitol breach, including about 269 defendants with assault or assault-related charges, according to the Department of Justice. FBI agents are still pursuing hundreds of others believed to have committed crimes on Jan. 6.

About 380 defendants have pleaded guilty, including 80 to felonies.

Of the trials that have taken place, all have ended in convictions on at least one count except for one. McFadden acquitted a New Mexico man of four charges in April following a bench trial.