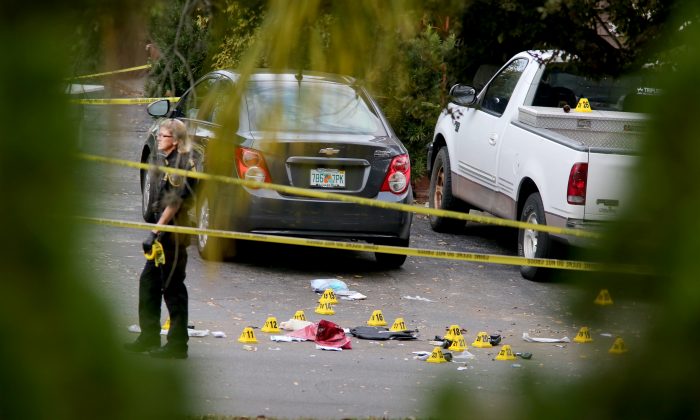 Trial to Start for Charlotte Officer Who Fatally Shot Man

Opening statements were scheduled Monday for the trial of a white Charlotte police officer charged in the shooting death of an unarmed black man after he wrecked his car and was knocking on doors looking for help.

Since the September 2013 shooting, the U.S. has seen increasingly louder debate over police tactics and black men dying during arrests or while in custody in Ferguson, Missouri; North Charleston, South Carolina; Baltimore and other places.

UK’s Princess Charlotte to Be Christened on Queen’s Estate

In the Charlotte case, investigators said 24-year-old Jonathan Ferrell was killed after getting out of his wrecked vehicle in a co-worker’s neighborhood. Officer Randall Kerrick, 28, is charged with voluntary manslaughter

Ferrell couldn’t find his cellphone after exiting the wrecked car, prosecutors say. Instead, the former Florida A&M football player kicked out a window of the car and looked for help. He pounded on a woman’s door, but she thought he was trying to break into her home and called 911, prosecutors have said.

Three officers responded to the call. Kerrick was the only one to fire, shooting 12 bullets. Ten struck Ferrell and he died at the scene, authorities said.

The events aren’t in great dispute, but the reason Kerrick shot is. Prosecutors say he didn’t follow training and shot without a reason. But Kerrick’s lawyers have promised they will show he had reasons to fear for his life and use deadly force. Among them, the lawyers say, is that Ferrell had been smoking marijuana and drinking and that when he approached another officer, he shouted: “Shoot me. Shoot me.”

Kerrick joined the Charlotte-Mecklenburg Police Department in 2011 after working as an animal control officer. He faces up to 11 years in prison if convicted.

A grand jury initially refused to indict Kerrick on the voluntary manslaughter charge in January 2014, but prosecutors sent the case back a week later because the panel was missing four members and Kerrick was indicted. Jury selection took two weeks.

Charlotte agreed to pay Ferrell’s family for $2.25 million earlier this year to settle a lawsuit over the shooting.