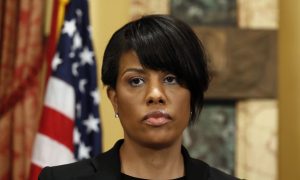 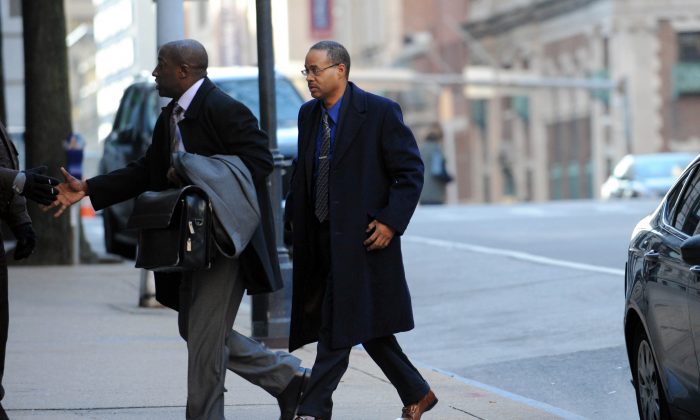 BALTIMORE—Police van driver Caesar Goodson was with Freddie Gray for every second of his 45-minute trip from the site of his arrest to the Western District police station, where Gray arrived critically injured and unresponsive. But Goodson’s account of what happened on that day remains a mystery: He is the only one of six officers charged in Gray’s death not to speak to investigators.

His trial, which begins Monday, will offer the public its first chance to hear Goodson’s side of the story.

Goodson was behind the wheel of the van that carried Gray to six different locations while he was handcuffed and shackled but unrestrained in the rear. He faces the most serious charge of all — second-degree murder, which carries a maximum sentence of 30 years in prison. To be convicted, prosecutors must prove that Goodson was so callous in his disregard for Gray’s life that he deliberately allowed him to die.

Goodson will be the second officer to go on trial, but his could yield the first verdict. Last month, Officer William Porter’s trial ended with a hung jury, making the stakes for Goodson’s trial even higher in a city still on edge from the rioting and unrest in April.

Gray, a young black man, died April 19, a week after he broke his neck in police custody. His death exposed the deep divide between the public and the police in Baltimore, and became a national symbol of the Black Lives Matter movement.

Prosecutors say the officers should be held accountable for Gray’s fatal injuries because they didn’t buckle him into a seat belt, nor did they call an ambulance when he indicated he needed medical attention. Goodson, they say, bears the most responsibility because as the wagon driver, Gray was technically in his custody.

Prosecutors have revealed little about the case they plan to present against Goodson, who is also black, but in a pretrial hearing last week they said they would call a witness who specializes in “retaliatory prisoner transport practices,” indicating they intend to bring up the possibility that Gray received a “rough ride” in the van.

During the hearing, defense attorneys argued that prosecutors had introduced “a new legal theory or area of testimony at the proverbial eleventh hour.” The witness is Neill Franklin, a former Baltimore police officer and Maryland state trooper.

But Prosecutors’ plans were complicated this week when Baltimore Circuit Judge Barry Williams ruled that Porter must testify as a state’s witness against Goodson, despite Porter’s claim that he has a right not to incriminate himself.

An appeals court temporarily halted the decision to force Porter to testify until it can reach a final ruling.

Whether Goodson takes the stand could depend on if Porter is called as a witness, and is compelled to testify.

During his own trial Porter told jurors that it was Goodson’s responsibility to buckle Gray into a safety belt, and that Gray was unrestrained throughout the entire wagon ride.

Porter also said he told Goodson that Gray wanted to go to a hospital, but Goodson ignored his suggestion.

Defense attorneys and prosecutors can’t comment on the case because they are under a gag order.

Steven Levin, a defense attorney and former prosecutor, said it will be extremely difficult for the state to prove its case against Goodson without Porter’s testimony.

“I don’t think the state can come close to meeting its burden without Porter’s testimony. I think it could be another hung jury,” he said.

Warren Alperstein, a Baltimore attorney who observed much of Porter’s trial, said the state will have a hard time without Porter’s testimony.

“The advantage is Goodson can’t be impeached by previous statements to investigators because he didn’t make any,” Alperstein said. “He’ll get to evaluate the evidence and ultimately make a decision about whether to testify. There’s also a possibility that he testifies that Officer Porter never told him Gray needed a medic. Then what? How do you prove otherwise?”