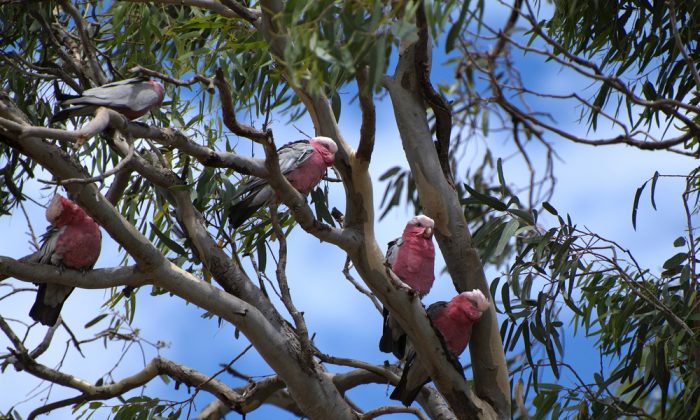 WAToday reported that the gum tree, located in Palmyra, is across from Palmyra Primary on McKimmie Road.

Some people have even drunk the water or have bathed in it over Easter Weekend, according to the report.

Brendan, a local man, told the news outlet that water started dripping after heavy rains last week, leading him to think that the water was trapped in a hollow portion of the tree.

However, after the rains, the tree continued to gush water.

“It’s the Palmyra fountain of youth,” he told the outlet.

A mysterious weeping gumtree in Perth's south has locals stumped and arborists scratching their heads.The Palmyra…

“People bathed underneath it, people have been stopping here all weekend,” he continued. “I was hot the other day and gave my head a bit of a wash and it was quite nice.”

Workers with Water Corporation said they are trying to figure out if there was a burst in a water main, saying it was the most likely issue.

The officials said they have seen similar cases in the past, and they will attempt to fix the problem without damaging or removing the “weeping” gum tree.

I’ve either found the fountain of youth or a burst water main in Palmyra 🤷🏽‍♀️ pic.twitter.com/zmKlIXcWpU

Jason, a local resident, said the phenomenon appeared miraculous, adding that he is not a Christian. “It’s still bizarre,” he said.

“Even if it hit a pipeline, it’s very bizarre how it would do that, so I’ll be interested to see what these guys find,” Jason said. “It could’ve hit a natural spring and drawn it up. We could just have the Palmyra spring and we could turn this into a full-time venue.”

A WAToday reporter also tweeted a video of the water gushing out of the tree.

“I’ve either found the fountain of youth or a burst water main in Palmyra,” Marta Pascual Juanola tweeted.

Jacqui Bacich, who lives near the tree, told 9News that she saw a man strip down to wash off in the tree’s water.

“What made it exciting yesterday a man decided to take all his clothes off and have a shower,” she told 9News. “We’ve had hundreds of people stop here, we’ve even had people try to pray here.”

Montenegro's Gushing Water Tree!!A rare and natural phenomenon has turned a tree in Montenegro into a gushing spring.Originally published at -https://www.rferl.org/a/montenegro-water-tree/29025870.html

Last year, a tree in Montenegro also gushed a significant amount of water.

“Apparently, the rains had flooded the underground springs and the additional pressure created pushed water up the tree trunk through cracks or hollows on the trunk, until it poured out of a hole a few feet above the ground. As you can see from the video, the ground is quite sloppy indicating the amount of groundwater there is in the soil and below. You can also see water gurgling out of other holes in the meadow. The entire area is flowing like a small stream,” says Amusing Planet.

A local man said that the mulberry tree has gushed water for the past 20 to 25 years.

“In the Estonian village of Tuhala, there is a well that starts spouting water after a heavy downpour. The well happens to be placed just over an underground river. After rain water floods the river, water pressure builds to the point that it shoots up out of the well, sometimes up to half a meter high. This continues for a few days. During this time, more than 100 liters of water can flow out every second,” according to the website.