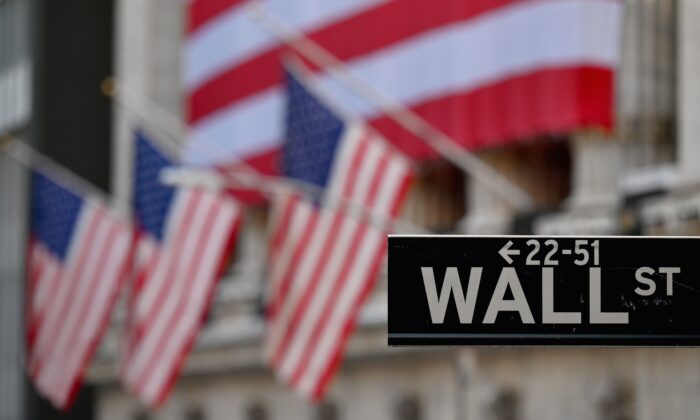 Long-dated U.S. Treasury yields rose on Friday ahead of the release of an index that will show the extent of producer price inflation and a day after major Wall Street equities indexes closed down despite encouraging unemployment claims data.

The yield on the benchmark 10-year Treasury note rose 2.7 basis points to 1.329 percent, as of 6:17 a.m. New York time on Sept. 10, while that on the 30-year Treasury bond also rose 2.7 basis points to 1.927 percent. Yields move in the opposite direction to prices, with analysts often associating rising yields on longer-dated Treasuries with an increase in risk-on sentiment by investors leaving the relative safety of government securities for riskier assets.

As of 6:10 a.m. New York time, futures were up on the three main Wall Street indexes—the Dow Jones, Nasdaq, and S&P 500—pointing to higher opens later in the session.

It comes as the Labor Department announced on Sept. 9 that the number of American workers who filed for unemployment last week hit a new pandemic-era low, giving an immediate upward jolt to risk assets such as stocks, followed by pullbacks as investors mulled mixed signals around the state of the economy.

First-time filings for unemployment insurance—a proxy for layoffs—came in at 310,000 for the week ending Sept. 4, a drop of 35,000 from the previous week’s revised level of 345,000, the Labor Department said in a statement (pdf) Thursday. This is the lowest weekly claims figure since March 14, 2020, when 256,000 people filed for unemployment.

All three main Wall Street stock indexes surged higher on publication of Thursday’s jobless claims figures. The Labor Department’s weekly jobless claims release has often served as a catalyst for market moves. But then U.S. stocks retreated, with all three indices closing the day down.

Initial jobless filings have, for the most part, fallen steadily since surging to a record high of 6.2 million in April 2020, though they remain well below the pre-pandemic weekly average of around 220,000. While employment has risen by 17 million since April 2020, it remains down by 5.3 million, or 3.5 percent, from its pre-pandemic level in February 2020.

“The coming weeks will produce some noisy data challenging interpretation and understanding, as impacts of Ida including flooding, the end of federal pandemic unemployment benefits, the still-raging COVID pandemic and supply constraints muddle the picture while posing headwinds for the economy,” Bankrate senior economic analyst Mark Hamrick told The Epoch Times in an emailed statement.

Attention on Friday will be focused on the Labor Department’s producer price index (PPI), which reflects prices paid by businesses and is considered a leading indicator of consumer price inflation, which accounts for the bulk of overall inflation. PPI can serve as a gauge of future consumer prices as higher production input costs are often passed on to consumers.

Consensus estimates, according to FXStreet, are for an 8.2 percent year-over-year rise in the headline PPI in August, which would be a record high for the series, which dates back to 2010. For the 12 months ending in July, PPI jumped by 7.8 percent, the highest number in the history of the series and 0.5 percentage points above forecasts.

A high PPI print will strengthen the case for the Federal Reserve to pull back on its crisis support measures for the economy. While discussions around lowering interest rates are still far off, Fed officials have been mulling when to start withdrawing the $120 billion or so in monthly Treasury and mortgage security purchases, with tapering expected to begin at some point this year.

Markets have been sensitive to signals around tapering as the Fed’s asset buys have played a role in buoying financial assets.