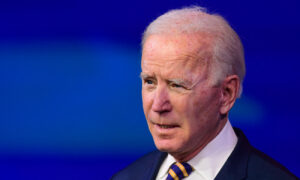 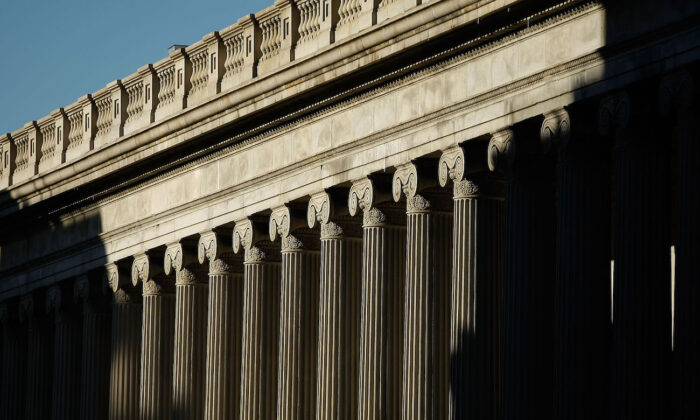 Sunshine breaks over the east side of the U.S. Treasury Department building in Washington on March 23, 2009. (Chip Somodevilla/Getty Images)
Economy

The U.S. Department of the Treasury announced Friday that as many as 8 million households haven’t claimed CCP virus stimulus payments, despite being eligible.

The Treasury said it “will work to stand up an effort to help households who have not yet been able to access their stimulus payments get much-needed relief,” adding that as many as 8 million households eligible for payments from the CARES Act signed in March 2020 may have not received them.

“Many of these households could be legally entitled to as much as $1,200 per adult,” the Treasury announced on its website, adding that it “will take steps designed to reach as many of these missed households as possible,” to reach households that “were not issued payments or who otherwise were unable to access their funds.”

“Doing so will not only help households get billions in relief they are entitled to and need, but can increase the reach of new direct payments if Congress enacts them,” the department noted.

The department will work to launch online tools for Americans to claim their payments, and work to provide options for people who have not filed an income tax return to do so. It said it will also be taking efforts to reach people who may not have access to the internet or who cannot speak English.

It will also be working to reach households that were issued checks and debit cards but didn’t cash or activate their payments. “The IRS and Treasury will work quickly to either reissue unclaimed benefits or conduct outreach with those who did not claim their benefits to encourage claiming the benefit on their 2020 tax return, while taking steps to prevent fraud by—for example—turning off previously-issued debit cards when new payments are made,” the department said.

The Treasury will also be conducting research to better understand what groups of households were potentially eligible but didn’t file for stimulus payments. The department said such research “would allow greater outreach in ZIP codes with higher levels of non-payment or to households who benefit from other government assistance programs.”

The effort comes as a response to President Joe Biden’s COVID-19 Economic Relief Executive Order signed on Friday which seeks to mobilize federal agencies to provide quick economic relief and aid to those affected by the CCP (Chinese Communist Party) virus, which causes the disease COVID-19.

Biden asked the Treasury to improve the delivery of relief payments, including to launch online tools for people to claim their payments, and “analyzing unserved households to inform additional outreach efforts,” according to the White House.

The COVID-19 Economic Relief Executive Order is part of a pair of executive orders he signed on Friday aimed to help boost the economy affected by the CCP virus. In particular, the orders aim to increase food aid, make it easier to claim government benefits, protect unemployed workers, and point federal workers and contractors toward a $15 minimum wage.

Both measures were largely stopgaps as Congress considers a $1.9 trillion stimulus plan from Biden, called the “American Rescue plan.” The plan, announced prior to Biden’s inauguration, includes $1,400 direct stimulus payment checks that will be added on top of the $600 checks that were issued under the last stimulus, to effectively provide Americans a combined total of $2,000 in stimulus payments.