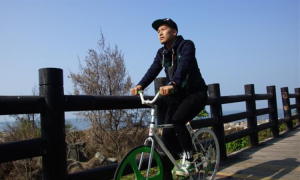 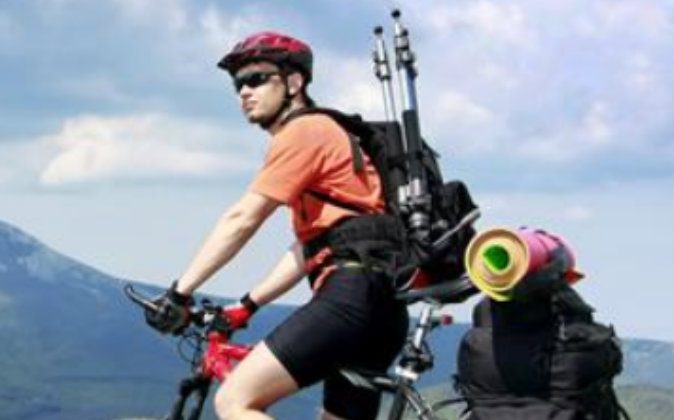 Conquer forest and mountain paths with ease on your bike by installing the Gripfast stem shock absorber. (Fotolia）
Tech

The four highways feature the most breathtaking and majestic mountain routes that Taiwan has to offer and have since become “the route to challenge” amidst cycling enthusiasts who have quickly picked up the catchphrase “You have not toured Taiwan until you have completed the San Heng Yi Shu!”

The aforementioned highways run across the alpine regions of the Central Mountain range, the Xueshan Mountain range and Yushan Mountain range. For aficionados of outdoor recreation, traversing these exquisite locations in automobiles is no longer sufficient to quench their desire to experience the changing of the seasons and untainted natural landscapes.

That said, this daunting and unrelenting cross-mountain route will take you at least 8 days (12 days if you go slower) to complete. Many cyclists have chosen to complete the route in segments over single-day rides.

Due to the nature of the terrain and the numerous upward and downward slopes cyclists have to overcome, the route is far more challenging than the typical route and in order to prepare for it cyclists must prepare themselves through muscle and endurance training.

Not only that, but the quality and performance of bicycles (shock absorbers included) are also factors that cyclists have to consider prior to taking on the San Huan Yi Shu.

A shock absorber that offers dramatic improvement in safety and maneuverability

The topological characteristics of Taiwan’s landforms and her abundant natural resources make the island an ideal location for the promotion of cycling. President Kuo Min-Huang of Extraordinary Microscience (distributor of Gripfast) pointed out that the growth in the popularity of challenging the San Heng Yi Shu among cyclists reflected the growth in Taiwan’s cyclist population.

He also added that many cyclists are unware that Taiwan has taken the lead in the development of bicycle shock absorbers by developing a compact and exquisite shock absorbing mechanism that can be installed near the handlebar.

“In the past, the development of stem shock absorbers has always been difficult. However, the fork shock absorber that most bicycles have suffer from issues such as the tendency to tilt forward during emergency braking and the dampening of force exerted on the pedals that leads to a decrease in speed.

Stem shock absorbers on other hand not only offer dramatic improvements in safety, but could also resolve the issues of hand numbness and discomfort after prolonged riding for most cyclists. It is really a wonderful invention for cyclists to try out,” commented Kuo.

According to Luo Shi-Dian, a former deputy engineer at ITRI and the inventor of Gripfast, the product is suitable for a variety of bicycles including road bikes, city bikes, cross-mountain bikes, folding bikes and even electric bikes. The principle behind Gripfast’s shock absorption lies in the fact that the strength exerted by a cyclist’s arms on the stem is only 1/4~1/6 of his body weight and the limited K-value of the spring meant shorter travel.

The shock absorption distance for a typical cross-country bicycle could be as long as 55~140mm, making it ideal for competitive events with dramatic fluctuations in grade. In contrast, Gripfast only has a minimal travel of 14mm and it is perfectly suited for rides on normal road surfaces and downhill slopes in order to achieve easy yet effective shock absorption.