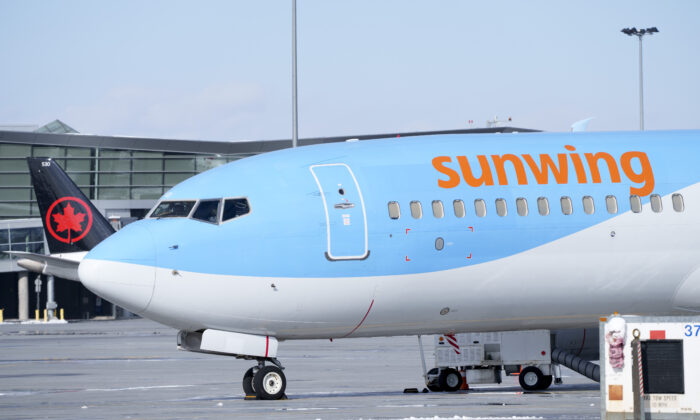 Some travellers flying with Canada’s Sunwing Airlines are left stranded as the company struggles with a technical issue that affects check-in and boarding.

The company said in a statement on Twitter on April 18 that its systems provider is experiencing a “network-wide system issue” that has impacted check-in and boarding and has resulted in ongoing delays for a number of Sunwing flights.

“We regret any inconvenience to customers’ travel plans and are working to have the issue resolved as soon as possible,” the company said in another tweet.

In the meantime, Sunwing advised its customers who will be travelling over the next 12 to 24 hours to check their flight status before heading to the airport.

Most of Sunwing’s flights on April 18 are delayed, some for up to 12 hours, according to the “Flight status and alerts” on the company website.

No timeline has been provided as to when the issue would be resolved.

When a passenger flight is delayed or cancelled for reasons outside of the airline’s control, it has the minimum obligations to provide its customers meals, overnight accommodation, and even up to $1,000 in financial compensation for inconvenience, according to guidance from the Canada Transport Agency.

Situations that are categorized as outside the airline’s control could include security incidents, medical emergencies, bad weather, or orders from applicable authorities.

“There can be some truly exceptional responsibilities like being hacked, like internet cables being cut accidentally, but airlines have to have contingencies,” he said.

“If other airlines are unaffected, then Sunwing has to buy you a ticket at its own dime on other carriers’ flights,” he added.