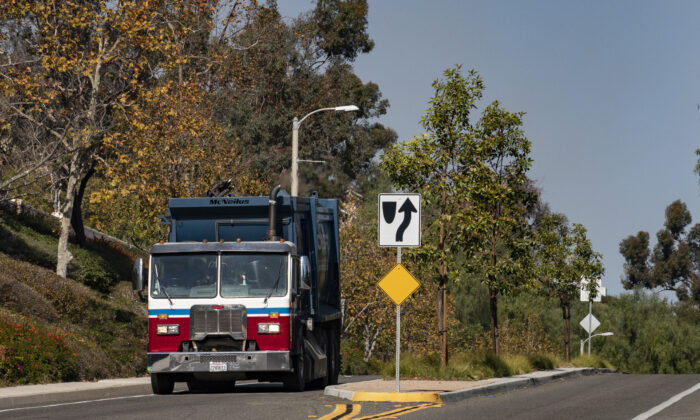 The sanitation workers represented by Teamsters Local 542 voted to end the strike just hours before an ultimatum from San Diego Mayor Todd Gloria would have compelled Republic to “meet their obligations under their franchise agreement.”

“I join all San Diegans in being deeply relieved that Republic Services and their workers have reached an agreement, ending the month-long strike,” Gloria said. “I look forward to Republic’s resumption of regular trash and recycle pick-up for its routes within the city of San Diego tomorrow.”

Sanitation services are set to resume Tuesday—good news for neighborhoods where trash, recycling, and yard debris have been piling up for weeks, particularly at multiple-unit residences.

San Diego’s Environmental Services Department provides waste collection to single-family residences, but not businesses, multi-family residences, and private streets in the city. Those are serviced by private franchise waste haulers including Republic Services.

Members of the union voted to strike on Dec. 13 following the expiration of their contract at the end of November.

On Sunday, Republic gave the striking workers its “last, best and final offer that includes significant increases in wages and benefits in addition to other enhancements to our employees’ total compensation packages,” according to a statement from the company. The offer also included a “new financial incentive for employees tied to ratification and agreement by the union.”

Gloria said last week San Diego was considering fines, coming after the company’s performance bond and “asking the city council for authorization to seek an injunction to force compliance with terms of the agreement, which include weekly pickup and recycling of green and solid waste,” if an agreement wasn’t reached and services didn’t resume. The option to suspend or terminate the city’s franchise agreement with Republic was also a possibility, the mayor said.

In Chula Vista, City Manager Maria Kachadoorian declared a public health emergency, which was quickly ratified by the city council. The declaration would have allowed the city to hire contractors to collect the refuse and bill Republic Services.

“I am glad that the strike has been settled and understand the difficult position of sanitation workers as they fought for dignity and respect,” Chula Vista Mayor Mary Casillas Salas said in a statement. “I am also so proud of our city crews for stepping up and pivoting from their normal duties to make sure our city gets cleaned up. Thank you to all our residents for their patience through this difficult and unprecedented situation.”

Chula Vista city crews have picked up more than 100,000 pounds of trash and serviced over 200 multi-family units during the strike.