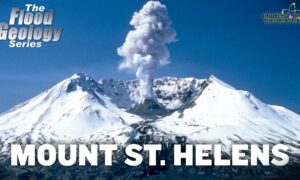 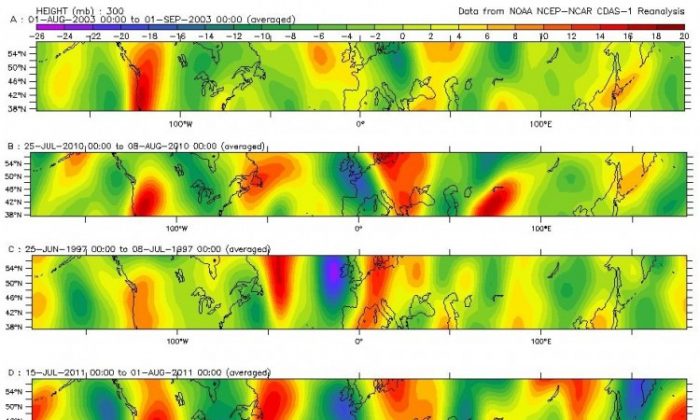 A new German study has revealed changes in the patterns of atmospheric flow around the Northern hemisphere that are linked with recent extraordinary weather events.

The researchers used equations to describe atmospheric wave movements in temperate areas. Looking at a 32-year period, they found recent weather extremes occurred with wave amplification and trapping, such as “wave seven” with seven troughs and crests around the planet.

“An important part of the global air motion in the mid-latitudes of the Earth normally takes the form of waves wandering around the planet, oscillating between the tropical and the Arctic regions,” said study lead author Vladimir Petoukhov at Potsdam Institute for Climate Impact Research (PIK) in a press release.

When the waves get trapped for more than a few days, the prolonged heat can cause serious problems like fires, and harvest losses.

“What we found is that during several recent extreme weather events, these planetary waves almost freeze in their tracks for weeks,” Petoukhov said. “So instead of bringing in cool air after having brought warm air in before, the heat just stays.”

“In fact, we observe a strong amplification of the usually weak, slowly moving component of these waves.”

Climate change due to fossil fuels does not affect the planet uniformly. The relative temperature increase tends to be higher in the Arctic, and land masses usually change temperature faster than oceans.

“These two factors are crucial for the mechanism we detected,” Petoukhov said. “They result in an unnatural pattern of the mid-latitude air flow, so that for extended periods the slow synoptic waves get trapped.”

The results show that extreme weather is not simply a linear response to global warming.

“This is quite a breakthrough, even though things are not at all simple–the suggested physical process increases the probability of weather extremes, but additional factors certainly play a role as well, including natural variability,” said study co-author and PIK director Hans Joachim Schellnhuber in the release.

The findings were published in the U.S. Proceedings of the National Academy of Sciences.