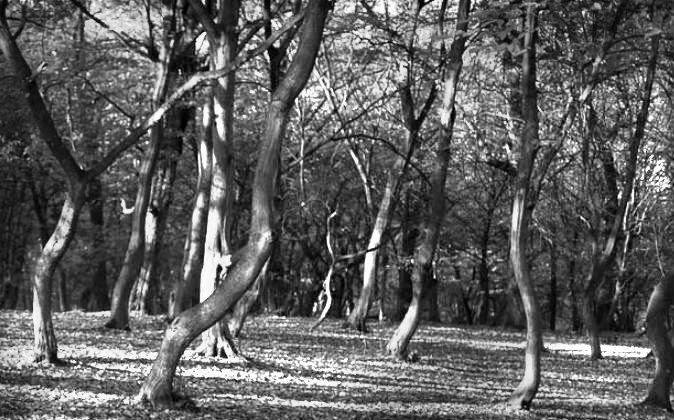 When most people think of Transylvania, the first thought that comes to mind is Dracula. But, setting Vlad Tepes (the person considered the model for Dracula) aside, the area’s majestic yet notorious landscapes are home to perhaps the world’s most haunted forest.

The forest in question is the Hoia Baciu forest located outside the city of Cluj Napoca in the historical region of Transylvania, Romania.

The area first gained notoriety outside the region when in 1968 biologist Alexandru Sift who, while on a scientific expedition to the forest, snapped a photo of a disc shaped UFO. The photo fueled ufologist interest across the world.

However, the forest is known for much more than just UFO related phenomenon. It is known as the “Bermuda Triangle of Transylvania” among the ghost hunting community and among paranormal investigators, such as Dr. Adrian Patrut, president of the Romanian Society of Parapsychology.

“Some experts believe that we are dealing with a genuine Romanian ‘Bermuda Triangle.’ The area certainly can be certified as such, especially with the exceptional video and photos, along with testimonies of researchers who studied it for decades,” said Dr. Adrian Patrut in the show “Science and Knowledge (TVR Cluj), according to www.hoiabaciuforest.com.

Visitors to the area tell of intense feelings of anxiety. Moreover, some who have ventured off into the mysterious woods have emerged with unexplained rashes, scratches, burns, and other effects like migraines, nausea, vomiting, and even missing time.

To make matters more menacing, some of the forest trees are twisted and distorted misshapen like those depicted in old fairy tales. This landscape adds to the anxiety experienced by visitors as they enter.

In one particular area of the forest is a clearing were no trees grow. Some paranormal investigators believe this area to be especially high in activity.

Many locals believe the site is haunted and that if they enter, they will not return. In fact, according to legends of the area, the forest is named after a local shepherd who, along with his 200 sheep, disappeared.

Other legends include that spirits of murdered villagers have been trapped in the forest and are unable to move on. Visitors to the forest often hear disembodied voices and sometimes witness disembodied heads floating amid the trees.

Dr. Patrut has been studying the site since the 1970s, but unfortunately, no conclusions about the forest’s strange atmosphere have come to light.

In recent years the site has attracted tourists to the area seeking either ghostly encounters or spiritual experiences, according to the Travel Channel’s “Ghost Adventures,” a show which did a short stint on the mystery forest (see video clip above).

Today even the legends remain buried in the shroud of campfire stories. However, the lasting impression of this forest seems to the consistency of the occurrences and the large amount of photographic evidence.