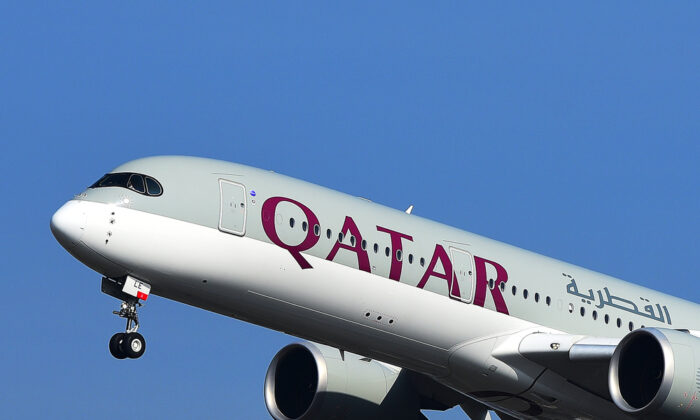 The TWU accused the Qatari government of state-sanctioned sexual assault after authorities subjected a group of women to invasive internal searches earlier this month before boarding a flight to Australia.

The search was prompted by the discovery of a premature newborn baby abandoned in one of the women’s toilets at Hamad International Airport on Oct. 2.

Several female passengers, including 13 Australians and five foreign nationals, were searched as authorities attempted to discover who had given birth.

A male passenger recounted to Nine Network that the women, aged between 20s-50s, were asked to leave the plane and when they returned they were visibly upset and some were crying.

Foreign Affairs Minister Marise Payne said Australia had registered its “serious concern” with Qatar and she told a Senate Estimates committee that women on ten different aircraft were subject to the searches.

The Qatari government said on Wednesday that it “regrets any distress or infringement on the personal freedom of any traveller.” But said the search was triggered urgently to find whomever attempted to kill the baby by hiding it in a trash can, “concealed in a plastic bag and buried under garbage.”

Its statement read: “The baby girl was rescued from what appeared to be a shocking and appalling attempt to kill her. The infant is now safe under medical care in Doha.

“This was the first instance of an abandoned infant being discovered in such a condition at HIA—this egregious and life-threatening violation of the law triggered an immediate search for the parents, including on flights in the vicinity of where the newborn was found. While the aim of the urgently-decided search was to prevent the perpetrators of the horrible crime from escaping, the State of Qatar regrets any distress or infringement on the personal freedoms of any traveler caused by this action.”

The New South Wales (NSW) branch of the union, representing airline industry workers, is now considering a boycott of Qatar Airways, which is wholly government-owned.

“This is just downright sexual assault sanctioned by a government, and we can’t have that,” NSW TWU secretary Richard Olsen told Nine Network on Wednesday.

Asked why the union was considering a boycott on servicing, cleaning or refuelling Qatar Airways planes at Sydney airport rather than leave the issue to the federal government, Olsen said Canberra had been slow to produce a result.

“We don’t see any resolutions coming out of Canberra whatsoever, so we’re taking a stance,” he said.

“We want to ensure that those people that have been involved have a voice and we want to make sure the federal government knows that we’re watching,” Olsen said.

Olsen explained that if the boycott proceeds, the airline’s planes in Sydney could be staying on the tarmac “for some time.”

The Epoch Times reached out to the TWU for further comment, including whether the union would extend the boycott to other nations involved in atrocious human rights abuses whose airlines also fly to Australia, but did not receive a response.

Federal Labor frontbencher Joel Fitzgibbon echoed Olsen’s view and said the government should be robust in its response.

“If true, this effectively amounts to state-sanctioned sexual assault, and we should all be very, very concerned,” he told Nine News.

Payne this week demanded Qatar conduct an urgent investigation into the “disturbing and offensive” incident and report back to the Australian government by the end of this week.

“This is a grossly, grossly disturbing; offensive; concerning set of events,” Payne told reporters. “It’s not something I have ever heard of occurring in my life.”

The Epoch Times reached out to Payne for further comment but did not receive a response in time for publication.

The federal government’s concerns over the event were first raised on Oct. 6, well before the incident became public on Monday.

Senator Payne does not support calls to boycott Qatar Airways.

Hamad International Airport management said earlier this week there were concerns for the mother’s health after the infant was found.

“Individuals who had access to a specific area of the airport where the newborn infant was found were asked to assist in the query,” airport management told the ABC.

The baby was safe and being cared for by medical and social workers in Qatar.

This article was updated to include the Qatari government’s response.