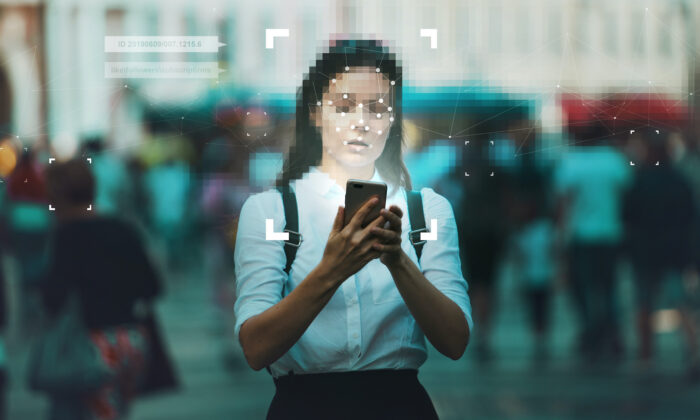 A Canadian academic says his doctoral thesis from 17 years ago is playing out today in real time, as medicine is being used to subvert democracy and create tyranny in the COVID-19 era.

Travis Smith, now a political science professor at Concordia University in Montreal, earned his Ph.D. at Harvard University in 2005 with a dissertation on early modern philosophy and the political significance of medicine.

“I wrote a thesis about how medicine can be used to destroy liberal democracy. People like to think that medicine is not political, and that of course is not true. All powers are political, and medicine is a great power,” Smith said in an interview.

Smith says that while luminaries like Sir Francis Bacon have envisioned a new humanity for centuries, technological advancements and the pandemic have given this agenda a booster shot.

“Society, interpersonal relationships, the relationship between citizens and the state, the role of medicine, all these things have been broken down. The old normal is gone and we’re told there’s going to be a new normal,” Smith said.

“‘We can build back better,’ they said. A new way of being to recreate the world, transform it.”

Decision-Making Is Stripped Away

PHC’s mandate is to use “foresight to help the federal government build stronger policies and programs in the face of an uncertain future.” The paper described biodigital convergence as “the interactive combination, sometimes to the point of merging, of digital and biological technologies and systems.”

The result “could change the way we work, live, and even evolve as a species” and “may … cause us to redefine what we consider human or natural,” Van der Elst wrote.

“Being prepared to support it, while managing its risks with care and sensitivity, will shape the way we navigate social and ethical considerations, as well as guide policy and governance conversations.”

To illustrate the possibilities, the paper envisions a mother in a home whose design and furnishings mix biology and technology, as do her brain and body. Her artificial intelligence health adviser creates a bedroom environment mimicking the Mediterranean climate to help her manage her morning energy levels.

She sends a brain message to open an app that controls her insulin levels, and has a microbe transplant that adjusts her levels. She checks her brain’s digital interface to read her previous night’s dreams, and her therapy app suggests she spend more time in nature that week.

A surveillance “bugbot” eats real mosquitoes and ticks and monitors for intruders, including other bugbots. Carbon credits kick in for soybeans grown on the roof and for  her home built to building codes that require auto-regulated efficiency.

A delivery drone picks up her daughter’s tooth that had fallen out and checks epigenetic markers to inform the “family genetic blockchain … to qualify for the open health rebate.” The daughter uses stem cells to grow a liver for a puppy as part of a school empathy project. The municipality samples and analyzes the family’s feces to screen for dangerous bacteria. The AI warns of a flu nearby.

Smith says the convergence is “more likely to turn out like an episode of the British TV series Black Mirror,” set in a dystopian near-future, but says even the “extraordinarily unlikely” and “fanciful” depiction in the paper is bad enough.

“In that one hour of that being’s existence, they had to consult the artificial intelligences countless times. Decision-making is stripped away, freedom is totally to be stripped away, responsibility is to be stripped away, so that that person’s life is no longer theirs. Absolutely no tiny movement or even thought in their mind goes unmonitored, unrewarded, or unpunished.”

The professor says he is not swayed by the paper’s references to democratization and equality because the project, what he called “transhumanist,” is to create “superhumans” and leave others behind as relative “subhumans.”

“The real purpose is power. It is inherently an oligarchical project and not a democratic one, because the very nature of the project is to make us superior. To be consistent with equality you would have to imagine that people are made equally superior together—an almost fanciful, romantic, unrealistic, idealistic possibility.”

A spokesperson for Employment and Social Development Canada, which oversees PHC, told The Epoch Times in an email that the biodigital convergence paper aimed “to foster debate and discussion on these issues, and future-oriented thinking within the federal public service.”

“We do not provide specific policy recommendations or advice, nor do we endorse or promote any particular futures,” the spokesperson said.

Smith says the pandemic has already advanced technocratic regulations at the cost of democracy. In the past two years, government-made tracking apps, contact tracing, controlled movements, vaccine passports, and restrictions and pressures on the unvaccinated have compromised freedom everywhere, he says.

“What we’re seeing now is a prototype, or a pilot project, with respect to the passports or certificates they’re implementing,” he said. “If you comply with this, you agree effectively to surrender your bodily autonomy, then you give your consent. But it’s ‘Consent to this or else we destroy your life,’ so it’s a real devil’s deal there.”

Such regulations are hard to get out of once created and normalized, and exact a deceptive price, Smith says.

“Once you opt out, you get a red X on your device, and your life is shut down until you comply. And then, they’ve already indicated here [in the paper] that carbon taxes and carbon credits are in this,” he noted.

The PHC paper says the ability to “change or create other organisms” as well as the “bodies, minds, and behaviours” of humans will soon be possible. Smith says COVID-19 mRNA vaccines represent a step in this direction.

“It coerces your body to manufacture an artificial, foreign, synthetic, non-human computer model-based protein. … There’s a teensy tiny bit of transhumanism that they’ve got most of us to consent to already.”

He is “wary of prognosticating where this leads,” he said, adding that vaccines’ failures to provide full protection from COVID and weariness over lockdowns could cause “significant resistance.” Even so, he warns that recent history makes it easy to envision how DNA-changing nanotech could be pushed in a future pandemic.

“This is deliberately in the face of everything that we regard as moral. … It’s not about rights, it’s not about justice—it’s about power.”