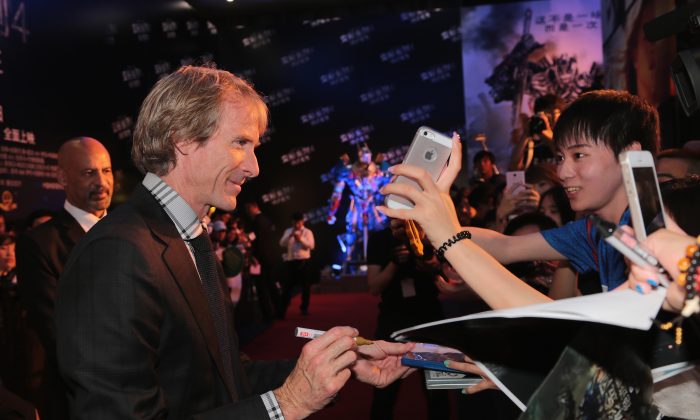 During the June 23rd premiere of this summers big blockbuster flick, “Transformers: Age of Extinction” the cast of the film including Nicola Peltz, Li Bingbing, Jack Reynor, director Michael Bay, producer Lorenzo di Bonaventura, and Mark Wahlberg were all on site at the red carpet at Wanda CBD cinema on June 23, 2014, in Beijing China.

Michael Bay took selfies with his fans before the whole crew walked into a hall lined with transformer figures. Afterwards they posed for group photos in front of the figures.