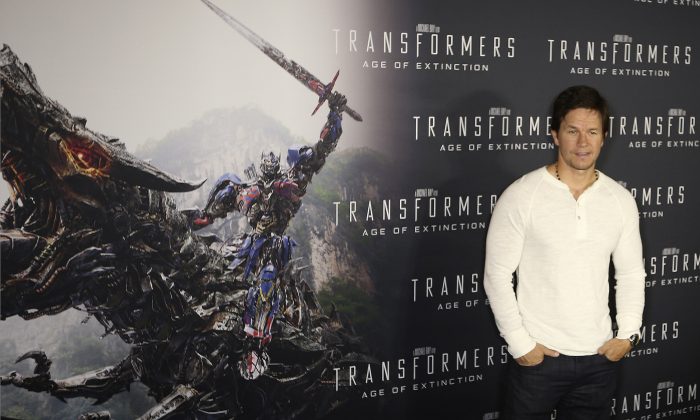 Actor Mark Wahlberg poses for a photo on the red carpet premier of his new movie Transformers; Age of Extinction in Sydney Australia Wednesday, May 21, 2014, (AP Photo/Rob Griffith)
Entertainment

In a recent interview with IGN, lead star Mark Wahlberg spoke about his impression of the newest “Transformers: Age of Extinction” action adventure that will come out in theaters June 27, 2014.

“A lot of times moviegoers are kind of tricked by trailers. They’ll see a cool moment and they’ll think ‘Oh I can’t wait to see that,’ but once they see it, they’ve seen the best bits of the movie,” he said.

For example, the scenes of recruiting the dino-bots was an elaborate endeavor.

“I think people are definitely going to get their money’s worth and it’s well worth the wait,” Wahlberg said. “The die-hard fans will have a whole new thing to look forward to in the future,” Wahlberg said. Reluctant to give away anything more than the preview videos already did, the lead star said that the fourth sequel will be much more realistic and believable.

Director of the Transformers franchise, Michael Bay, has already confirmed that Transformers 4 was meant to start off a new trilogy, meaning that Transformers 5 and 6 are in the works. Bay assembled a whole new cast, new threat, and new enemies like the dino-bots.

“It’s kind of like a new Transformers,” Bay said. “We had three, the first trilogy, and this is going to be the next one,” he told Entertainment Weekly.