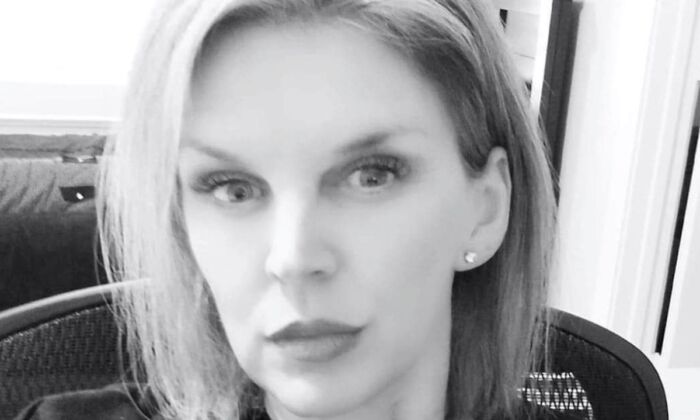 Tracy Shannon, the leader of Mass Resistance Texas a group that opposes the promotion of transgenderism to children. (Courtesy of Tracy Shannon)
US Features

Tracy Shannon married a man and divorced a “woman.”

She had no early indication that her husband and high school sweetheart had a desire to become a woman, and the clues were slow in becoming apparent.

He started shaving his legs, saying that his physically demanding job made his jeans pull his leg hair out.

At first, Shannon didn’t think this was more than a personal quirk.

“I just thought that was so ridiculous, because I’ve never heard of any guy’s jeans pulling their hair out on their legs,” she said.

Then, she found out he secretly painted his nails, through the sharp odor of acetone in the bathroom.

Shannon realized he had a problem.

But when she visited a counselor with him, the doctor told her she was crazy to oppose his desires.

“The lady told me that I’m very closed-minded because I’m not down with the cross-dressing,” Shannon said. “She suggested that he could go and do this on weekends with a bunch of guys, and I would never have to see it.”

Shannon says her husband’s choice to indulge his fantasies of being a woman “shattered” their family and left their three children vulnerable.

Today, Shannon runs the Texas chapter of Mass Resistance, an organization founded in 1995 to “confront assaults on the traditional family, school children, and the moral foundation of society,” its website states. Today, the group has chapters in more than 16 states.

Unlike many people who criticize the transgender movement, Shannon doesn’t speak from anonymity. The stakes are too high, she says.

“There’s nothing more precious in our children that we could lose. A job is replaceable,” she said.

The Epoch Times attempted to contact Shannon’s ex-husband, but was unable to find him.

Shannon’s experience with transgenderism began in 1998, before the movement went mainstream.

“They didn’t even use the word ‘transgender’ back then,” she said.

But it was a foretaste of what many Americans would soon experience.

Shannon describes herself as a “trans widow.” Her husband chose to change himself so much that it was effectively like a death, she said.

Often, strangers ask her if her husband is happy now.

“If my ex had simply just left for a younger, hotter edition, nobody would say something that cold to me. But I get that all the time,” she said.

“I think that is the most insulting thing, because a commitment to marriage should mean something,” Shannon said. “Children mean something.”

She isn’t the only trans widow. An increasing number of women have seen their husbands vanish in quests to become “women.”

According to Shannon, her husband’s pursuit of “happiness” was steeped in manipulation from the beginning.

It wasn’t until after the birth of their first child that her husband told her that he liked to cross-dress. He told her that he had known that from the beginning of their relationship and had considered telling her on previous occasions but had chosen not to.

“I didn’t want to tell you, because I didn’t think you would marry me,” she said, recalling her husband’s words.

For Shannon’s husband, the idea of becoming feminine was linked to sexual pleasure, she said.

One day, she found him sexually excited while shaving his legs in the bathroom.

“Why do you get such a kick out of shaving your legs?” she recalled wondering.

On other occasions, he asked her if he could pretend to be a lesbian during sex, she said.

Later, Shannon learned her husband had autogynephilia, a form of sexual response in men characterized by sexual arousal over the idea of being or becoming female.

“In my gut, I knew it was a form of infidelity, like an elusive ‘other woman’ … but until I learned what an autogynephile was, I had no word or explanation for what I witnessed,” she said.

Counseling Was a Trap

When her husband admitted to his desires, Shannon agreed with him to visit a counselor.

But it was a trap, she said. The counselor had already been meeting with her husband and had supported him.

“I went there the first time, not knowing she was an LGBT counselor, and she was someone that they recommended to the community of crossdressers,” she said.

Moreover, the counselor suggested that Shannon was a lesbian, saying that since she was attracted to a man who wanted to be a woman, it meant she wanted a romantic relationship with a woman.

“We have to take everybody else’s word for what they are,” Shannon said. “But if you say you’re straight and you know it, there’s ‘something wrong with you.’”

Instead of helping her husband to change his behavior, the counselor suggested that her husband keep secrets better.

If he bought himself women’s underwear, took her underwear, shaved his legs, put on makeup, and went out to bars with other transgender people without Shannon’s knowledge, it would be fine, the counselor said.

“No, I don’t want my spouse to have a separate life from me. That sounds crazy,” Shannon recalled replying.

Finally, the counselor said that Shannon’s husband didn’t know if he was a man or a woman. Shannon reacted by telling the counselor that if that were true, she needed a divorce.

Her husband responded to that by saying he didn’t actually want to be a woman, Shannon said. But behind her back, he took female hormones.

In 1998, the couple’s therapist gave Shannon’s husband a letter to allow him to begin gender transition.

Shannon said she never was notified of this development throughout her husband’s 11 years of hormone use.

In the meantime, her husband lied about the symptoms of his hormone use, she said.

He developed breast buds. He told Shannon that it was a side effect of the obsessive-compulsive disorder medications he took to manage his cross-dressing desires.

“When I learned he did this on purpose, I felt violated by him and the doctors involved. I did not consent to this fantasy of ‘being lesbians.’ It is violating, unethical, and cruel,” she said.

Shannon found out her husband had been on hormones for a decade, when reading chat messages between him and his lover.

“I still cannot believe a therapist or doctor will do this without a spouse knowing,” she said.

One of her pregnancies during this time ended in miscarriage, and another of her children had a birth defect that would have been fatal without correction. She said she wonders if her husband’s hormone therapy was a factor.

In 2009, her husband took a woman’s name and started wearing women’s clothing.

After about 12 years of attempting to deal with her husband’s transgenderism, Shannon divorced him. By that time, he had completely transitioned.

“When we went to court to divorce, I was divorcing a ‘woman’ with a name that was not even on my marriage license. It was all very bizarre,” she said.

But her struggle had just begun. Some of the time, her husband had custody of their three children.

He soon cohabited with his lover, a woman who wanted to be a man, Shannon said.

That woman was dangerous, she added. At times, the woman threatened to kill her husband and her children.

“She was abusive toward my kids,” Shannon said.

Furthermore, her husband and his lover tried to involve her children in celebrating sexually different behaviors.

The pair tried to put Shannon’s children on a pro-BDSM gay pride parade float, she said. Her husband’s female lover walked around shirtless to display the scars that replaced her removed breasts.

They also made their home inappropriate for children, Shannon said. They left sex toys out, along with sexually explicit books.

“I always was prayerful for their protection, and I trusted God to bring them through it,” she said. “They’re moving on from all that trauma, one step at a time.”

Today, Shannon is remarried. Her children don’t see their dad, she said, but that doesn’t mean they don’t feel his loss.

“They just wanted their dad,” she said of her children.

Without their father, Shannon said her children have faced intense mental suffering.

“Between three kids, there’s been six suicide attempts on different levels of how serious they were,” she said.

When a father decides to become a woman, children don’t understand, she said. Kids need a man in their life, and a “woman” doesn’t fill that need.

“Nature matters,” she said. “And it matters to children. And they know when they’re missing out.”