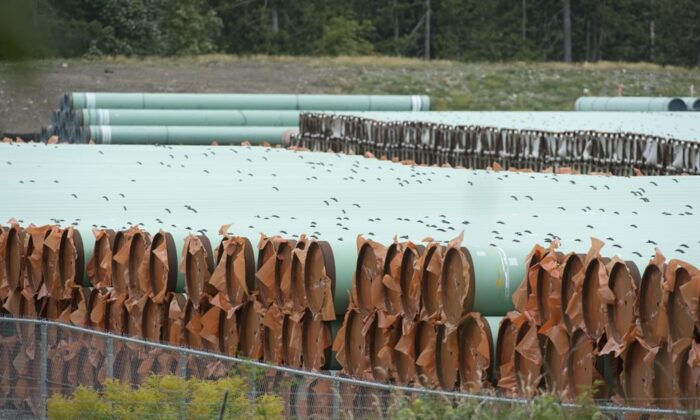 CALGARY—A federal regulator has lifted a stop−work order on tree cutting and grass mowing along the route of the Trans Mountain pipeline expansion project.

The Canada Energy Regulator says in a statement Trans Mountain has submitted a plan to correct deficiencies in the oversight of its contractors that could pose threats to nesting birds.

The regulator, which enforces safety and environmental guidelines for pipeline projects, issued a stop-work order on June 3 following investigations of tree-clearing work in suburban Vancouver area that could have impacted nesting birds.

Trans Mountain says in a statement the plan it filed to the regulator includes implementing enhanced communication, supervision and training measures before restarting pipeline clearing work.

The $12.6-billion expansion project will triple existing pipeline capacity to about 890,000 barrels per day of oil products, including diluted bitumen, lighter crude and refined fuel.