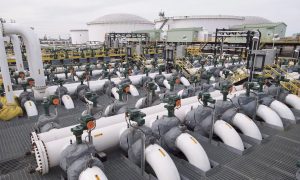 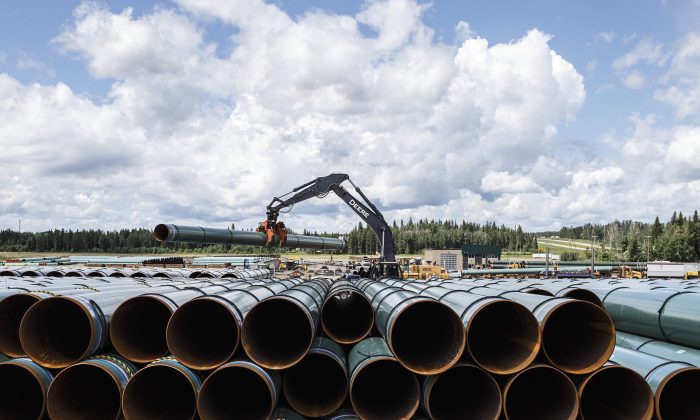 Trans Mountain Corp. is planning to restart construction on its pipeline expansion project within the month with an aim to finish by 2022, the company said in a statement issued Wednesday.

Following a break in the construction process due to regulatory delays in 2018, work on the pipeline will continue in the areas of Westridge Marine Terminal, Kinder Morgan’s Burnaby Terminal, as well as several communities in Alberta. Trans Mountain estimates the project will employ over 4,200 people by the end of the year.

The expansion is expected to nearly triple the amount of crude oil being transported to the West Coast, with 890,000 barrels passing through the pipeline every day.

The announcement comes through a “Notice to Proceed” issued by the company to its primary construction contractors, giving them a period of 30 days to mobilize their workforce, prepare equipment, and begin the hiring process.

“I am pleased to announce another significant milestone for the Trans Mountain Expansion Project with the commencement of construction activities and the issuance of the notice to some contractors to begin mobilizing equipment and crews in select areas in August and September 2019,” Trans Mountain President and CEO Ian Anderson said in a press release.

“With the first wave of regulatory approvals complete, we are confident that we have a path forward by which the Expansion Project construction can commence.”

The company also said it expects full clearance of all remaining approvals and permits in the coming months, and that if everything goes as anticipated, the expanded pipeline will be in service by mid-2022.

Alberta Premier Jason Kenney called the move a “step forward” for the much-delayed expansion plan. “This project has the support of the vast majority of Canadians, including seven out of 10 British Columbians,” he said in a statement. “The news that construction will restart on this project is positive; however, there is still not reason to celebrate. The series of delays and the existing uncertainty around this vital project continue to present serious challenges.”

Kenney went on to cite possible further delays, blockages during construction, and lengthy consultation processes as some of the difficulties that the project could continue to face. He called on federal and provincial authorities to “ensure the rule of law is enforced and that construction is not illegally blocked.”

“[The project] has been cancelled twice. This cannot be allowed to happen again. Because of all of this, there is only one way to measure success for this project: completion of the pipeline.”

While #TMX “Notice to Proceed” is step forward, far too early to celebrate.

@TransMtn is one pipeline project that took far too long after being mired in delays & cancelled 2X.

The one measure of success for TMX: When Alberta oil starts flowing through.

The Trans Mountain expansion has encountered several roadblocks throughout its development. In 2018, the Federal Court of Appeal overturned a decision by the 2016 federal government to approve the project, stating that the company had failed to sufficiently consult First Nations groups that would be impacted. The project was only reapproved in June 2019 after further consultations with Indigenous peoples and a new regulatory review.

Anderson emphasized Trans Mountain’s commitment to “continue our engagement with Indigenous communities along the construction corridor” and moving the project forward.

“We are committed to ensuring the Project incorporates all appropriate measures to protect the cultural, environmental and local Indigenous interests in the lands and waters through construction and into operation,” he said.

“Clearly this Project has been subjected to numerous delays and setbacks over the past several years. With today’s announcement on the commencement of construction, I firmly believe that we are finally able to start delivering the significant national and regional benefits we have always committed to.”