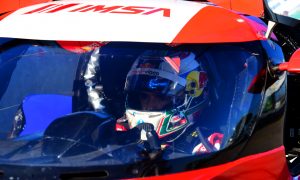 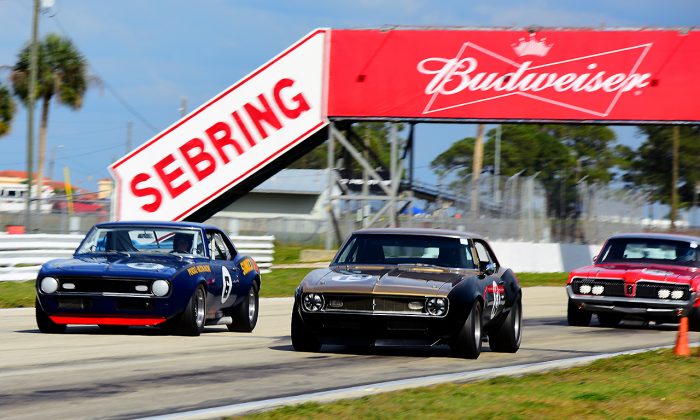 William Foster in the #6 1971 Sunoco Penske Camaro, Brian Ferrin in the #13 Camaro Trans-Am, and Ross Myers in the #98 Mercury Cougar pass under the Budweiser bridge at Sebring Raceway during the SVRA Spring Vintage Classic. (Bill Kent/Epoch Times)
Motorsports

SEBRING, Fla.—2016 marks the 50th anniversary a classic American racing series, the Sports Car Club of America’s Trans Am Sedan Championship. Trans-Am pitted modified street cars against one another. Popular domestic models like the Chevrolet Camaro and Ford Mustang could face off on track, while imports like the Porsche 911 and Datsun 240-Z could show that cars didn’t need big V8s to be fast.

The series provided great advertising material for the manufacturers. Factories responded by supporting teams and hiring some of the world’s best drivers. manufacturers produced special models and option packages for their street cars so that they could have an edge on track—hence Pontiac’s iconic “Trans-Am.”

The series remained popular for a few years more, with Porsche dominating, but lost some of its fan base to the increasingly popular IMSA camel GT series in the mid-’70s. Trans-Am cars strayed further from street-legal models and fans lost some sense of identification with the cars on track.

In 2006 the series basically folded. It was revived in 2009, using a mix of generic tube-framed chassis and aftermarket V8 engines, along with SCCA GT2 and GTA cars, which are modified street cars, like the original Trans-Am entries. The series remains viable but not particularly popular, though the racing can be very exciting.

The new Trans-Am series opened its 2016 season with a pair of races at Sebring Raceway on Saturday, March 5.

The Sportscar Vintage Racing Association, honoring Trans-Am’s 25th anniversary, organized a Trans-Am reunion event, the Spring Vintage Classic. This four-day celebration of Trans-Am and vintage racing featured competitions between over a dozen classes of cars, including a pair of Historic Trans-Am events.

Epoch Times contributor Bill Kent attended the Spring Vintage Classic and has treated us to a series of images of these classic American racers.