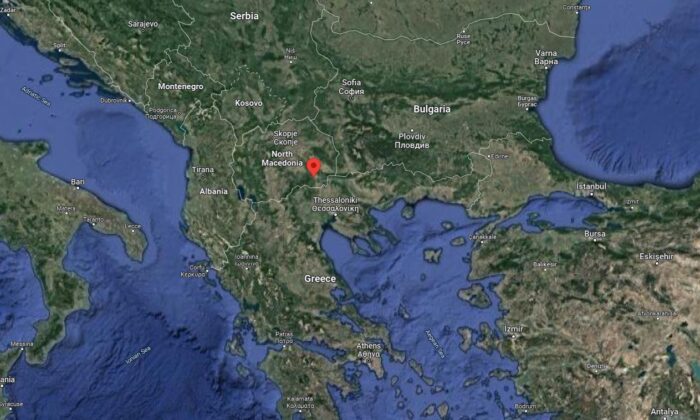 Location of the Miravci village in North Macedonia in 2022. (Google Maps/Screenshot via The Epoch Times)
Europe

SKOPJE, North Macedonia—Police in North Macedonia say two illegal immigrants were killed in the south of the country early Wednesday when a freight train hit them as they slept next to the tracks in the dark.

The nighttime incident occurred outside Miravci, a village near the border with Greece. Police said they believed the two illegal immigrants died instantly. They gave no information on the identities or nationalities of the victims.

Illegal immigrants often use rail tracks as a guide while clandestinely heading north toward central Europe. A similar accident killed 14 migrants from Afghanistan and Somalia in 2015.

Police said they have intercepted hundreds of illegal immigrants in recent months as the so-called Balkan route, which runs through North Macedonia, has become more active following the lifting of COVID-19 travel restrictions.