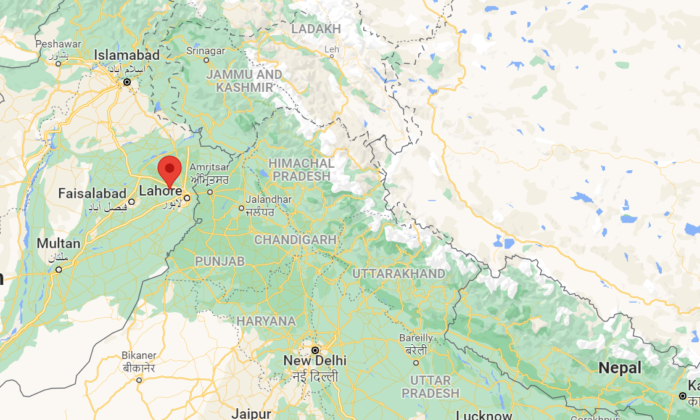 The location of Sheikhupura in the Punjab Province, Pakistan on Nov. 16, 2021. (Google Maps/Screenshot via The Epoch Times)
Asia & Pacific

The accident happened in the district of Sheikhupura in the Punjab province, according to Rana Shakeel, a senior district administration official. He said the dead and injured were taken to a nearby hospital.

Footage on social media showed the badly destroyed van near the railway tracks.

Angered over the accident, residents briefly blocked the railway tracks, delaying some trains. Authorities said they restored the train service and officers are investigating to determine whose negligence caused the accident.

Train accidents are common in Pakistan, where successive governments have paid little attention to improving the poorly maintained signal system and aging tracks. In June, an express train barreled into another train that had derailed in southern Pakistan, killing about 50 passengers and injuring more than 100 others.