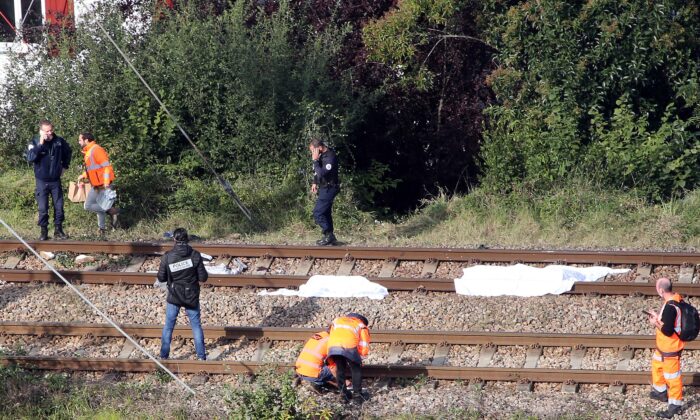 PARIS—A train hit and killed three people and seriously injured another person in southwestern France on Tuesday morning. A local mayor said the victims were thought to be migrants who were resting on the tracks.

The train was on a line that links the seaside resort town of Hendaye, on France’s border with Spain, and the city of Bordeaux, the national railway company SNCF said. The collision occurred at around 5:30 a.m., striking four people who were on the tracks, it said.

The victims were thought to be migrants “who were sleeping or were lying … on the railway line,” said Eneko Aldana-Douat, mayor of Ciboure, near the crash site.

He said it’s not unusual to see migrants in that region near the border.