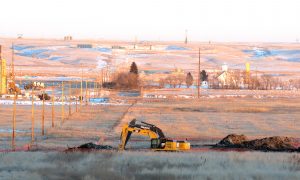 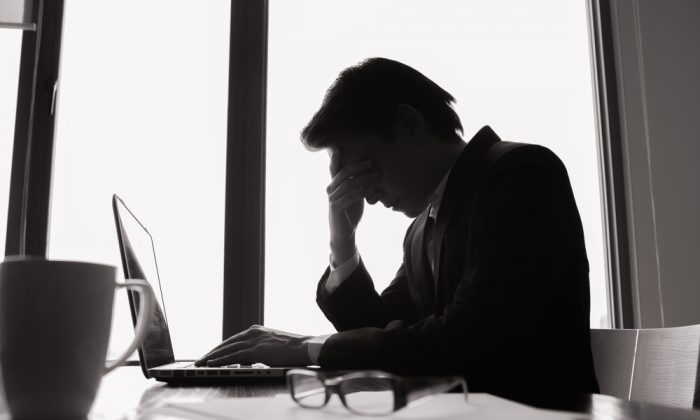 The oil and gas boom in the United States is good for energy independence, but is the transport of light sweet crude oil by rail through local cities and towns worth the risk?

“U.S. Rail used to be a major form of passenger transportation and all of these rail lines go through not only big cities but small towns all along their path. And so if something does happen, the probability of it causing a loss of human life is much greater than a pipeline,” said James L. Williams, an energy economist with WTRG in Arkansas.

According to federal government data, since 2007, the quantity of light crude shipped across North America by rail primarily from the Bakken formation in North Dakota has spiked significantly, increasing from approximately 132,000 barrels per day to 1.3 million barrels per day this year—and growing.

“It has tripled in the last four or five years. You can’t build pipelines fast enough to keep up with that volume. So it ends up being shipped by rail,” Williams said.

Since 2013, the number of significant oil train crashes has also spiked—nine were investigated by the National Transportation Safety Board (NTSB) from 2013 to 2014. Four more accidents have happened in just the last three weeks.

Last Thursday, 21 cars of a 105-car BNSF (Burlington norther Santa Fe) train carrying oil from the Bakken field in North Dakota derailed in northwestern Illinois near the historic tourist area of Galena, according to numerous media reports. Although the cars had been upgraded with protective shields to meet higher safety standards, they still split open and exploded, resulting in the potential contamination of two waterways.

Rail transport is significantly cheaper than truck so it is the transport of choice for oil companies. It’s also more flexible than pipelines, according to a Progressive Railroading report.

“Pipelines are expensive and they are hard to build, and you are committed to transferring your product from point A to point B in a pipeline, where with rail, you can transport your product to point x, y, z, e, d, and q,” explained Matt Krogh, director of U.S. Campaign at ForestEthics, an advocacy organization against oil transport by rail.

Krogh said that the consumption of crude oil in the United States has gone down 14 percent in the last 10 years, but the Energy Department reported last week that U.S. oil supplies are at their highest point in 80 years, and they’re running out of storage space, with foreign oil exports still coming in.

So what are they doing with all that oil?

According to media reports, most of the oil is being stored in Cushing, Okla., a city of approximately 8,000 people where a line of storage tanks can hold 85 million barrels of oil.

North Dakota producers have a vast volume of the light crude oil coming out, but only a few areas in the United States really need it. So they are trying to find ways to get it to refineries that can use it, which are located all over the place, according to Krogh.

The centers that can refine the light oil are eager to export it, according to Krogh, and there are dozens of offloading terminals that take oil from the train and either put it on ships or refine it.

“What it’s really about is oil producers, oil companies overproducing, desperate to find ways to make a profit and the way they want to do it is running dangerous oil trains through all these communities all over America,” said Krogh.

Scheduled to go into effect on April 1, 2015, the new regulation will require all new wells in the Bakken region to utilize equipment that controls vapor pressure, to lessen the chance of explosions during transportation.

The pending regulation might help the tank cars to withstand the pressure, but even the improved car construction has not mitigated the likelihood of explosion.

In an early 2014 presentation the NTSB partially attributed significant accidents to tank car design, construction, and crash worthiness. It reported that federal regulations did not require head shields on DOT-111 tank cars, which results in head punctures.

Other safety issues included cars not built thick enough to withstand the vapor pressure, and top and bottom fittings not adequately protected. These failures result in puncture, cracking, tearing, and leakage.

But the Pipeline and Hazardous Materials Safety Administration (PHMSA) in coordination with Federal Railroad Administration (FRA) had been making regulatory efforts to address and mitigate risks of oil transport accidents since 2010.

In a February 2014 report, the FRA approved a final rule recommended by the PHMSA in 2011 to establish conditions for manufacture of DOT-111 tank cars, which carry the Bakken crude oil. But despite improved standards, the new cars are still exploding, according to media reports of the recent accidents in Galena, Ill., and Ontario, Canada.

Although the FRA has adopted these safety measures, the federal regulations have not been amended to include tougher safety standards for tank cars, states an Associated Press article. Rail industry officials have complained in the past about the cost of upgrades, but late last year joined with the railway industry, agreeing to some upgrades.

The White House has been urged by U.S. Sen. Dick Durbin and Pennsylvania Gov. Tom Wolf in recent weeks to finalize its rule to strengthen standards.