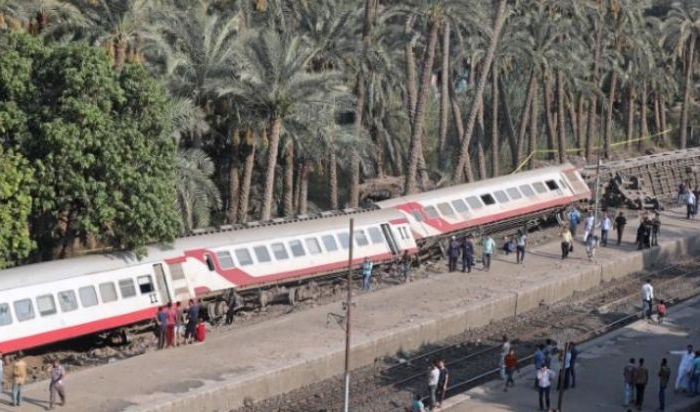 At least 55 people were injured Friday when a passenger train derailed near Egypt’s capital Cairo, an assistant to the health minister said.

“Most of the injuries are minor,” Ahmed Mohei said, Reuters reported.

Three of the train’s cars derailed at a station near Giza, the country’s railway authority told The Associated Press.

It’s not clear what caused the train to derail. There are no reports of any deaths.

The operator of the train is now in custody as official investigations are underway, officials told Egypt Today. Minister of Transportation Hisham Arafat ordered a committee to probe the accident.

“We felt a sudden shake in the train as we approach the station, then we saw the back carriages overturning,” Mohamed Hamdy Ezz, a passenger, told Egypt Today. He added that they broke the windows and managed to escape the train, and helped other passengers out. He further mentioned that the train took the wrong turn at a full speed, causing it to flip over.

In 2017, two trains collided in Alexandria, killing more than 40 and injuring 170. Egyptian officials blamed a train operator for the cause of the crash.