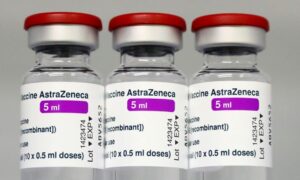 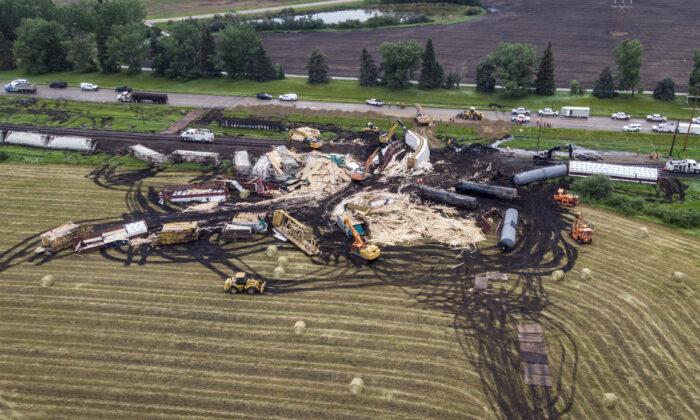 Crews work to clean up a spill after the derailment of a 20-car train carrying tar sands and lumber near Blackfalds, Alberta, Canada, on July 3, 2021. (Jeff McIntosh/The Canadian Press via AP)
Canada

BLACKFALDS, Alberta—A train carrying tar sands and timber has derailed in the Canadian province of Alberta, spilling at least part of its load, officials said, though there were no reports of injuries.

Huge piles of spilled wood were visible along the tracks on Saturday and traffic was being rerouted around the area, though some residents who initially were evacuated had been allowed to return.

Canadian Pacific Railway said the cause of the derailment was under investigation.