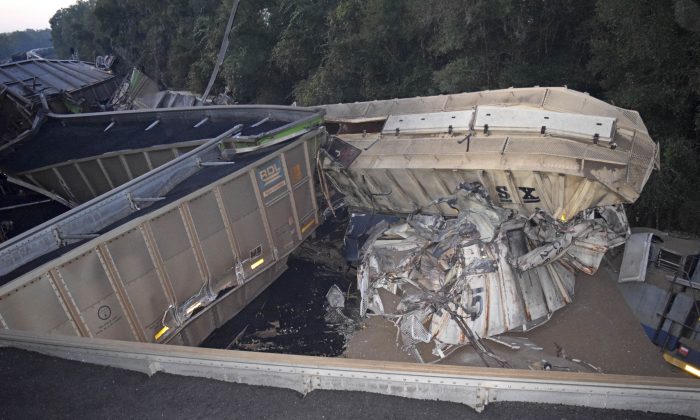 CSX Corp. owns both trains. The company said in a news release that a fuel spill has been reported at the site. News media outlets are reporting that a hazardous materials team has been called in to contain it.

CSX says the phosphate train was traveling to Chicago with three locomotives and 100 loaded cars. The coal train was headed to Tampa with 110 loaded cars.