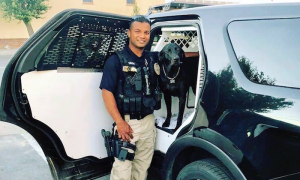 Arrest Made in Killing of California Police Officer, Suspect is Illegal Immigrant
0 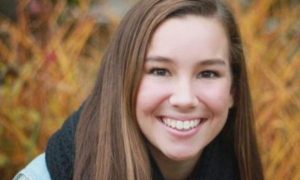 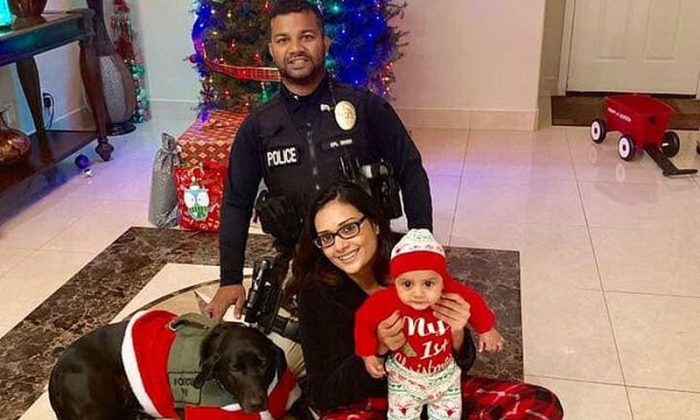 Officer Ronil Singh, of the Newman Police Department, is survived by his wife and child. (Stanislaus Sheriff's Department)
US News

Photos show Newman, California, officer Ronil Singh smiling with his family next to his Christmas tree hours before he was shot and killed by a suspected illegal alien.

The photos, shared by the Stanislaus County Sheriff’s Department, show the 33-year-old officer, spending time with his loved ones before his final shift. They show him with his wife, Anamika, and their 5-month-old son at their home in Modesto on Christmas Day, according to the Daily Mail.

Gustavo Perez Arriaga, the suspect, was captured by police, said the Stanislaus County Sheriff’s Office. Arriaga surrendered as a SWAT team was about to raid the house that he was hiding in. The arrest was made nearly 200 miles away in Kern County, CNN reported.

Several years ago, Arriaga came into the United States illegally via the Arizona border. He then worked as a laborer in various jobs, several of those were at dairies, said Stanislaus County Sheriff Adam Christianson, reported The Associated Press.

Arriaga was believed to have been fleeing his native country of Mexico, according to Christianson. The Mexican national was arrested for DUIs and had gang affiliation. Arriaga was also found to have had multiple Facebook accounts, registered under various names.

In the incident, Singh, 33, pulled over the suspect at 1 a.m. on Dec. 26, before he was shot. Other officers discovered Singh shot and took him to a nearby hospital, where he was later pronounced dead.

“I was waiting for this to happen. You working day and night made this happen,” Reggie said.

“Ronil Singh was my older brother. Yes, he’s not coming back, but there’s a lot of people out there that misses him,” he also said, CNN reported.

Seven other people have been arrested for lying to investigators, trying to throw them off while Arriaga fled to Mexico, according to Christianson.

“Anyone who provided protection is going to go to jail,” said Christianson in a news conference, reported NBC News.

They were expected to be charged with accessory after the fact, or aiding and abetting, reported the Sacramento Bee.

On Thursday, another of the suspect’s brothers, Adrian Virgen, 25, and a co-worker, Erik Razo Quiroz, were arrested.

“We had them in custody and asked for their cooperation and they lied to us,” Christianson said. In a statement, the Stanislaus County Sheriff’s Department said that the pair “were arrested yesterday for helping Arriaga escape after he shot and killed Corporal Singh” for accessory after the fact to a felony.

The investigation also included three other arrests on suspicion of aiding and abetting on Friday. The adults were in the house where Arriaga was found.

They were identified as Bernabe Madrigal Castaneda, 59; Ermasmo Villegas, 36; and Maria Luisa Moreno, 57.
Officials also said that investigators believe that they recovered the handgun that Arriaga used to shoot Singh.

On Dec. 27, President Donald Trump tweeted about the slaying, highlighting the crime that illegal aliens can bring.

“There is right now a full scale manhunt going on in California for an illegal immigrant accused of shooting and killing a police officer during a traffic stop. Time to get tough on Border Security. Build the Wall!” he tweeted.

In a press conference on Thursday, Christianson said, “We will relentlessly continue to hunt our suspect down and bring him to justice so that … we can bring closure to this community and this police department. This suspect is in our country illegally. He doesn’t belong here. He is a criminal.”