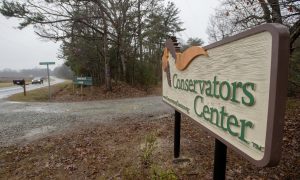 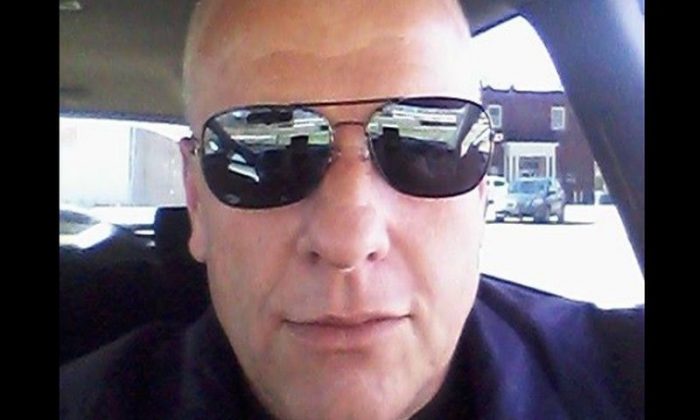 Joe Stapleton worked with WBZ NewsRadio for a number of years, working as a radio and television broadcaster, according to his profile on IMDB. (Facebook / Joe Stapleton selfie)
US News

A veteran traffic reporter in Boston who appeared in several movies died on New Year’s Day, according to station officials.

Joe Stapleton worked with WBZ NewsRadio for a number of years, working as a radio and television broadcaster, according to his profile on IMDB. He appeared in the TV series “Castle Rock,” according to IMDB.

WBZ confirmed his death via social media on Jan. 1, but they didn’t provide any more details on his death, including the exact time or cause.

A beloved member of the WBZ family has passed away.

We offer condolences to Joe's family, and our thoughts are with them as well.

“A beloved member of the WBZ family has passed away,” a tweet read. “We offer condolences to Joe’s family, and our thoughts are with them as well.”

Stapleton appeared in the films “Spotlight,” “Manchester By The Sea,” and “Mystic River.” They were filmed around Boston.

Several people who knew Stapleton offered their condolences to his family, according to CBS Boston.

“My thoughts are with the family of @WBZTraffic reporter Joe Stapleton who passed away today. Joe had a hearty laugh, big heart & was a pleasure to work with,” Jacquelyn Goddard tweeted.

“Whether or not you realize it, I guarantee you’ve seen Joe on the big screen. He’s also been reporting the traffic for a long, long time. Big loss,” Marshall Hook tweeted.

“Very sad news to get. Joe was a mentor of mine when I started as a traffic reporter. Great guy to hang out with, who possessed a very Boston sense of humor. He will live on through his roles in pretty much ANY movie that was made in Boston,” tweeted George Knight.

“Our friend Joe Stapleton passed away unexpectedly yesterday. For @WAAF listeners he was Major Dick on the Hill-Man Morning Show for many years. He was a funny and kind gentleman. He was also an actor,” said Mike Hsu.

In November, Stapleton posted a two-minute reel on Facebook about some of his movie work, including an appearance in “The Invention of Lying.”

This is my new demo reel, hope you like it

Boston’s Transportation Department also offered its condolences, tweeting its “sincere condolences” to his family. Some of his colleagues in Boston, meanwhile, said his loss will be felt for some time.

Over the past month, several local media personalities died. Jessica Starr, a Fox 2 Detroit meteorologist, died at the age of 35, and according to reports on Dec. 12, her cause of death was suicide.

Fox 2 announced Starr’s death on the air, saying she leaves behind two children. “All of us here at Fox 2 are in deep shock and cannot believe that such a wonderful, bright and intelligent individual will no longer be with us,” Fox 2wrote in a statement.

And Chris Burrous, a Los Angeles news anchor, was found dead of a suspected drug overdose, according to local reports on Dec. 29.

Burrous, 43, appeared on KTLA’s “Morning News” for a number of years.

He was found at the Glendale Days Inn after a man he was with called authorities at 1:14 p.m., said Glendale Police in a news release.

“The Glendale Fire Department responded to the scene and found a man down inside a room suffering from a medical emergency. The man was not breathing and CPR was administered as paramedics prepared to transport him to the hospital. The man was later pronounced dead at the hospital,” said the news release.