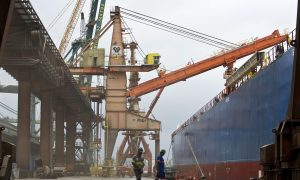 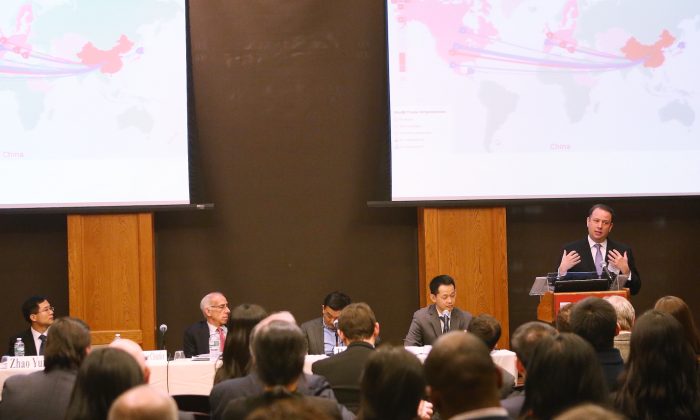 NEW YORK—A panel of lawyers, judges, and consultants deliberated, at the Brooklyn Law School on Jan. 21, over the question of whether China still poses a threat to U.S. companies in terms of illicit trade practices.

At least one expert said the answer was an absolute yes—Christopher Cloutier, a partner at King & Spalding LLP who helps U.S. companies against illicit Chinese trade practices.

He says that inspite of the total volume of trade remedy cases is small (around one percent of all trade), Chinese companies stand out.

Cloutier told the Epoch Times: “The whole premise behind the cases we file is there is an unfair element. Frequently that means the Chinese product is subsidized. The Chinese government has provided an advantage, through special tax rates, low cost land, or through policy loans,” loans not given with a commercial objective but rather in order to follow industrial policies geared to boost exports. “China has more industrial policies than any other country,” he adds.

According to Cloutier, Chinese products were involved in more trade cases than those of any other country. He believes this is an indication that some industrial policies foster this type of behavior.

Other panelists such as William Perry, a partner at Dorsey & Whitney LLP say the United States is particularly focused on punishing Chinese companies. He cited the fact that China is still labeled a “command economy” under Department of Commerce rules whereas countries like Russia are labeled a market economy and therefore face less scrutiny.

If a Chinese company is found to be cheating, extra import duties will be imposed on the relevant products, sometimes in multiples of the original selling price. Customs then collects the duties from the U.S. based importer, which usually stops importing the product if duties are too high.

However, Mr. Cloutier says there are some problems with enforcing the duties: “Sometimes the importers just disappear or go bankrupt. These are U.S. companies but they might be set up by a foreign entity.”

He also explained why tariffs against China aren’t higher given these widespread illicit practices. Because China is a World Trade Organization (WTO) country, the United States has to treat it the same as any other country and cannot levy extra tariffs on China, unless there is an infraction.

China on the other hand often flaunts WTO rules and directly imposes retaliatory tariffs after a country like the United States acts to prevent dumping or subsidizing. According to the WTO, instead of acting unilaterally, a country has to appeal duties it deems to be in front of the WTO.

“The only remedy for disputes should be the WTO,” Cloutier says.