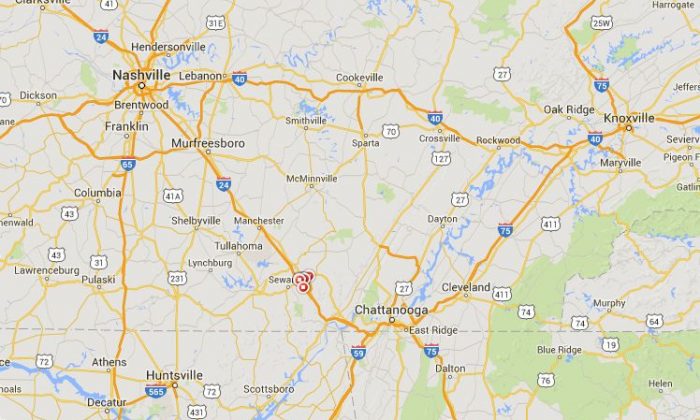 Tractor Trailer Crashes and Overturns on Monteagle Mountain in Tennessee

A tractor-trailer has overturned going down Tennessee’s Monteagle Mountain on Interstate 24 on Friday morning, according to reports.

As of 11 a.m., the Tennessee Highway Patrol said traffic is flowing down the road.

Officials are currently trying to remove the truck and debris from the road. The Highway Patrol said that it will take several hours before traffic is back to normal.

According to WRCB-TV, ice and snow have created treacherous driving conditions throughout Tennessee.

Meanwhile, ohn Sirmon, a meteorologist with the National Weather Service in Memphis, said that 1-2 inches of snow was dumped on Memphis.

Forecasters have said that snow and sleet accumulations could hit 4-6 inches in West Tennessee while 3-6 inches could fall in Middle and East Tennessee, WRCB-TV reported.