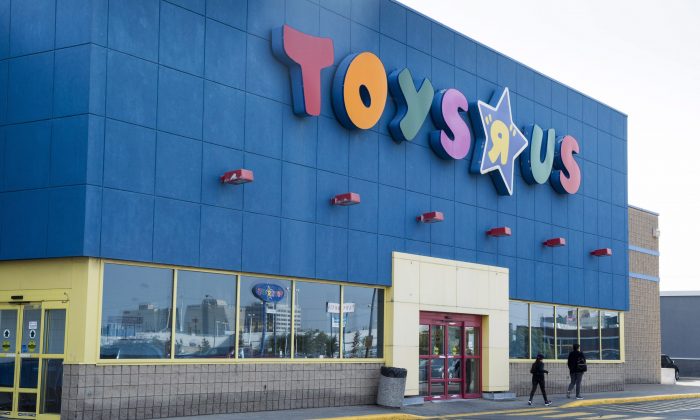 A Toys "R" Us store in Montreal. The retailer is expected to open a super-store in American Dream mall in New Jersey mid-December. (The Canadian Press/Paul Chiasson)
Companies

Toys “R” Us is set to open a brand new two-story flagship store in the American Dream mega-mall in New Jersey around the mid of December featuring an ice cream store and café alongside more than 10,000 toys.

“Toys R Us is back and it’s back in a mega way,” Yehuda Shmidman, WHP Global and Toys “R” Us CEO, told USA TODAY. “This is going to be our largest format store in America.”

“American Dream is a one-of-a-kind unrivaled retail center featuring massive entertainment experiences that make it an ideal destination for families. Debuting our first Toys”R”Us flagship here is a no-brainer,” said Shmidman in a press release.

Toys “R” Us had filed for bankruptcy in 2017 and, in 2018, closed down all its stores in the United States. The following year, the brand opened two pop-up stores in Houston and New Jersey but these were also shut down earlier in 2021.

In March, New York-based WHP Global bought controlling stakes in Tru Kids, the former parent company of Toys “R” Us, and established ownership of the brand. As of now, Toy “R” Us can be found in 25 countries with over 900 stores spread across the globe, generating more than $2 billion in global retail and online sales.

The brand had announced a partnership in August with Macy’s, enabling the iconic retailer to feature Toys “R” Us merchandise in more than 400 of its stores with a nationwide rolling out expected in 2022. The flagship store in American Dream will be the only standalone store in the country for now.

Featuring a two-story slide, the 20,000-square-foot store “will be reminiscent of the beloved toy store customers know and love,” from the press release. “Located within steps of Nickelodeon Universe Theme Park and DreamWorks Water Park, the new flagship is at the epicenter of American Dream’s premiere entertainment, shopping and dining experiences.”

Toys “R” Us retail sales began to dip when people’s shopping habits started evolving to prefer more online experiences like Amazon or big-box supermarkets like Walmart and Target. This is the second effort to revive the Toys R Us brand.

Opening at the tail-end of the holiday season, Toy “R” Us has missed this year’s early rush for toys and gifts purchases. But, it could appeal to Christmas shoppers who want to add in a touch of nostalgia with a purchase from the famous toy store.