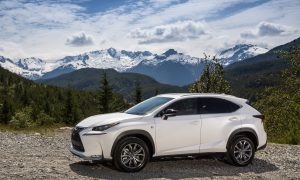 First Superbowl Commercial Is Out, and It's From Lexus
0
Share Now
TelegramFacebookTweetEmailTellMeWeReddit
Copy Link 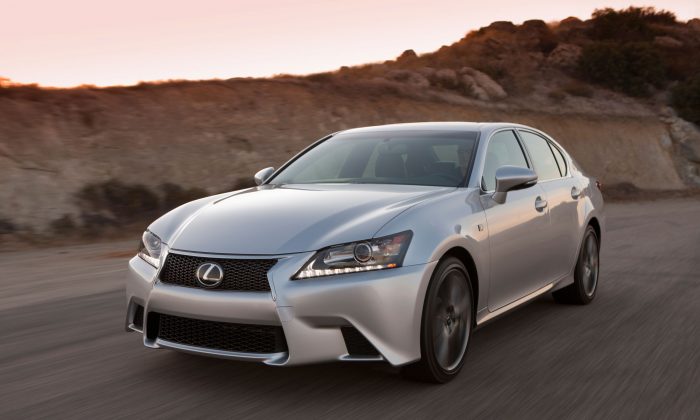 Luxury car buyers who are driving enthusiasts with a practical streak should be sure to look at the 2015 Lexus GS.

The midsize luxury sedan has a starting retail price that’s thousands less than the popular 2015 BMW 5-Series and Mercedes-Benz E-Class, and comes with more front and rear legroom than its two German competitors and a longer powertrain warranty. Better yet, Consumer Reports magazine lists the predicted reliability of the GS 350 as much better than average — another leg up on BMW and Mercedes.

A recommended buy of the magazine, the 2015 GS with rear-wheel drive carries a starting manufacturer’s suggested retail price, including destination charge, of $49,540. Standard equipment on the base model includes a power moonroof and a 306-horsepower V-6 — more than its competitors as well — mated to an eight-speed automatic transmission, plus leather upholstery, backup camera, 12-speaker audio and 18-inch wheels. (All-wheel drive is available, pushing the starting price to $51,790.)

Lexus, the luxury division of Toyota, doesn’t have all the years of brand history of BMW and Mercedes, nor does it have a European pedigree. But the 2015 GS 350, particularly in the Lexus performance F Sport trim, is surprisingly sporty and balanced and drives smaller than it is.

Today’s GS 350 F Sport has an odd look with a pinched-in grille and lower air dam, but the test car didn’t draw any attention. The details make up for it, as gaps between pieces of sheet metal were well aligned outside, and interior trim pieces were affixed perfectly inside.

The ride can be supple, with many road bumps not felt by passengers, or firm because of the F-Sport’s Adaptive Variable Suspension that lets drivers adjust shock absorber damping. With a double wishbone suspension up front and a multi-link rear, the GS 350 F Sport moved smoothly through slalom maneuvers and stayed stable during an emergency obstacle-avoidance incident.

Even when weight shifted from one side of the car to the other during aggressive driving, the GS maintained its composure, feeling nimble and smaller than its nearly 16-foot length.

Lexus is known for its quiet interior, which was in the GS to some extent, but engine roar was audible when the GS was pushed hard to accelerate.

Front and rear seats have good padding. Two adults, not three, do best in the back. Front-seat legroom of 42.3 inches is unexpectedly generous, and back seat legroom of 36.3 inches edges out the BMW and Mercedes competitors.

Trunk space, though, tops out at 14.1 cubic feet as rear seatbacks do not fold down.

First Superbowl Commercial Is Out, and It’s From Lexus

Government fuel mileage ratings of 19 miles per gallon in city driving and 29 mpg on the highway are on par with V-6 luxury sedan competitors. The GS requires premium gasoline, so keep that in mind when considering its 17.4-gallon tank. With an average city/highway mileage of less than 21 mpg, the tester had a range of 360 miles on one tank.

Finally, the GS has a 12.3-inch display screen in the middle of the dashboard. It’s so big, three items such as map, climate control settings and audio can be displayed side by side. Watch out for the mouse-like controller, which can distract attention from the road.