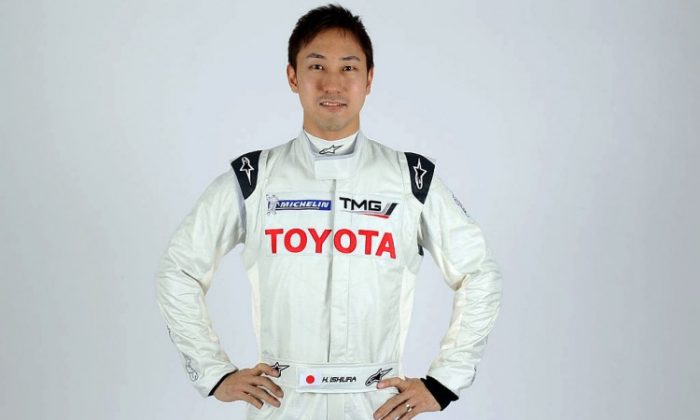 Toyota Racing driver Hiroaki Ishiura has to skip Le Mans due to a back injury. (toyotahybridracing.com)
Motorsports

Toyota Racing driver Hiroaki Ishiura, slated to co-drive the #8 Toyota TS030 at the 24 Hours of Le Mans next month, has withdrawn due to a back injury.

During testing, Ishiura experienced pain in his back at high G-loads. Following doctors’ advice, the Japanese Super GT driver decided to withdraw from Le Mans and focus on regaining full fitness for the 2013 season.

“This was an extremely difficult decision to take because racing at Le Mans is my dream, but my physical condition has to be the priority,” said Ishiura on the Toyota Racing website.

“I did not feel I was in the right condition to race an LMP1 car at Le Mans this year but I will focus on recovering as I really want to drive for TOYOTA Racing next year.

“For now I will focus my energy entirely on Super GT and the Nürburgring 24 Hours, whilst supporting TOYOTA Racing from a distance.”

Team president Yoshiaki Kinoshita expressed full support for Ihiura: “His speed, consistency and team mentality impressed us greatly during his short time with Toyota Racing so we would be delighted if he can return to the team next year.”

Ishiura was part of the initial TS030 test team; apparently the car didn’t develop enough speed in the initial tests to aggravate Ishiura’s back.

The Super GT driver was scheduled to co-drive with ex-Peugeot pilot Anthony Davis and F1 driver Sébastien Buemi in the #8 Toyota TS030, which will run only at Le Mans and possibly the WEC round at Fuji this season. Toyota racing plans a full-season two-car team for 2013.