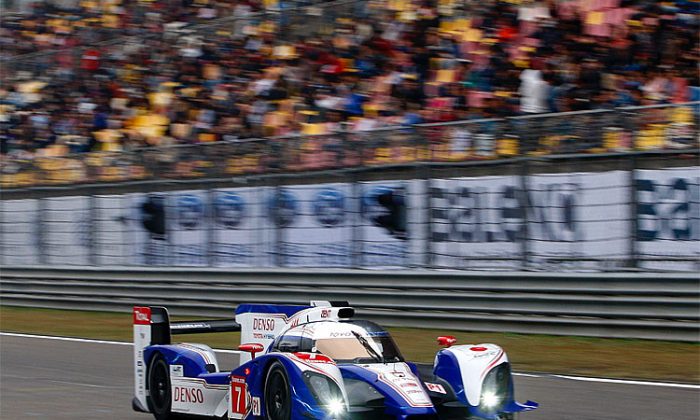 Alex Wurz put the #7 Toyota TS-030 Hybrid on the pole for the final World Endurance Championship race of 2012, the Six Hours of Shanghai. This is Toyota’s third pole in its six outings.

“We know we have to put in a good performance to beat the Audis in qualifying and the TS030 Hybrid was better today than the driver to be honest,” Wurz said in a team press release. “In Brazil I got the perfect pole lap but here I didn’t have the best last sector and lost a few tenths. I didn’t calculate enough for the change in wind direction so lost some time there.

“Nevertheless it was good enough to fight the Audis for pole position so I am very happy. From the long runs yesterday we looked competitive but the traffic fell pretty well for me. For sure it is going to be close; I expect nothing different than another hard fight like we had in Fuji.”