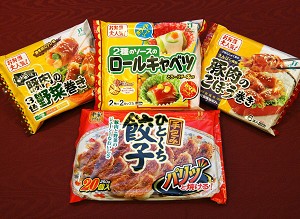 According to an investigation conducted by a special police unit in Shijiazhuang Cty, Hebei Province, contamination of the popular appetizers were intentionally made by workers in one of China's Tianyang Food Processing factory.

Apparently, the culprits were discontent with the factory's benefits package.

According to Hong Kong's Singtao Daily, the results of a joint Sino-Japanese investigation were announced today. The dumplings were found to have a concentration of a methamido-phosphoric solution (a type of organic phosphorus insecticide) that seriously exceeded safe standards. Holes were found on many of the bags raising suspicion that they were intentionally poisoned.

After further investigation, the poisonous dumplings were confirmed to have been produced on June 3 (Sunday), October 1 (a national holiday), and October 20 (a weekend day). Normally, the company doesn't operate on holidays. Even if it should run, the number of workers and food production would be cut in half.

A special investigation team confiscated the attendance-record book and sealed it away. The investigations have thus continued for the last few days. Meanwhile, certain factory workers and package handlers have been detained since the end of last month.

Shijiazhuang City officials said that because Chinese President Hu Jintao's will be visiting Japan this spring, we must get to the bottom of this as soon as possible.

Officials pointed out that, after the investigation, the motive of the crime seems to point towards worker discontent and low moral due to poor wages, benefits, etc. rather than anti-Japanese sentiment.

They also hinted that the incident may develop into a Sino-Japanese diplomatic issue. Government officials of Shijiazhuang are under tremendous pressure from Beijing.