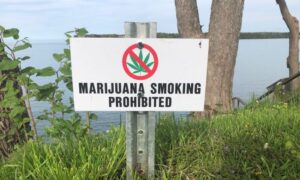 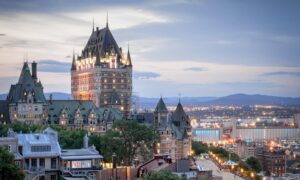 Quebec City: A Taste of French Culture in North America
0 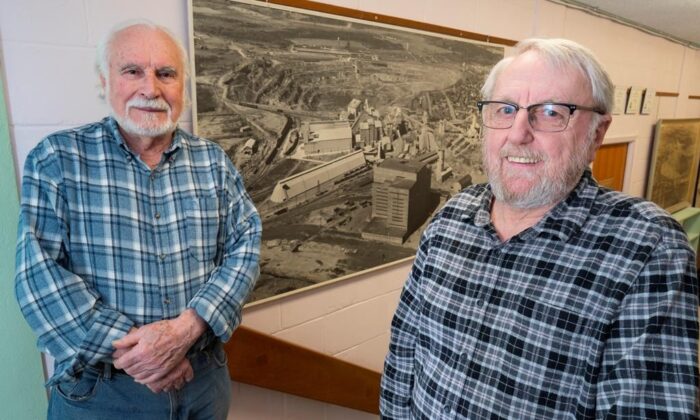 Francesco Spertini (L) and Mario Leblanc are seen in front of a historical picture of the open pit mine in Asbestos, Que., on March 11, 2020. (Paul Chiasson/The Canadian Press)
Canada

ASBESTOS, Que.—Retired miner Mario Leblanc stares at a giant map of his town from 1960 that hangs on the wall of the Asbestos, Que., historical society and laments how much his community has sacrificed to the Jeffrey Mine.

His high school, the church in which he was married and his childhood home have all been swallowed by successive expansions of the asbestos quarry where he worked, which continues to dominate the landscape and overshadows virtually everything the town does.

“I can’t go with my kids and show them where I went to school, where I was married,” he said in a recent interview. “Those places don’t exist anymore.”

Leblanc, 68, knows that if it wasn’t for the mine, Asbestos itself wouldn’t exist. But the 7,000-person community about 130 kilometres east of Montreal, has moved on from that industry after the mine closed in 2012. Now, he said, it’s time to shed the name altogether.

“For 99 per cent of people here it’s sentimental, even if they know that changing the name is, maybe, a positive thing,” Leblanc said. “They say they came into this world in Asbestos. That their father and grandfather came from here.”

And while some people may be hesitant to rename the town, the mayor, business owners and many residents say they are tired of getting attention for all the wrong reasons.

Mayor Hugues Grimard said the fibre’s infamous international reputation has caused confusion about his hometown. Outsiders think Asbestos residents are sick, that they live under a toxic plume. When Grimard was in Montreal, he said, someone recoiled from him in an elevator after they saw the town’s logo on his lapel pin.

“We are convinced beyond any doubt that changing the name is the best thing for our community,” he said in a recent interview. Thanks to a $50-million fund established in 2012 by the provincial government, the town has diversified its economy and is no longer dependent on extracting asbestos from the earth.

“We have come to the post-asbestos era,” Grimard said. “We are proud of our past but we want to look to the future.”

Founded in the late 19th century around the Jeffrey mine, the town helped make Canada one of the world’s leading asbestos exporters. For centuries, the fibrous mineral has been used in building materials such as ceiling tiles and cement, but it’s now banned in many jurisdictions across the globe.

The World Health Organization says the inhalation of asbestos fibres causes lung cancer, mesothelioma and other diseases and is responsible for tens of thousands of deaths around the world.

Frederic Tremblay’s machinery lubricant company is located in the town’s bustling industrial park. He said the firm has grown significantly since 2012, but he can’t shake the impression from potential clients that his products are filled with asbestos fibres. They aren’t.

He said the name of his town is a distraction he could do without.

When he travels to the United States or pitches his products to a multinational company, “you have to spend 30 minutes talking about the town,” he said. “It’s crazy in the U.S. …. I was laughed at by customs officials at the U.S. border.”

Grimard said his office solicited suggestions for a new name and received hundreds of responses. Friday was the last day to submit proposals, and now a council committee will select between three and five to present to citizens. All residents will be able to vote to determine the new name, including children as young as 14.

Grimard and others in town are tight-lipped about what the contenders are, but the new name will have to conform to some rules. They include requirements that it represent the region and its geography, that it be secular—no Saints or anything to do with the Catholic Church—and that it be French.

One suggestion heard is Trois-Lacs, in reference to a cluster of three lakes just outside town. The mayor wants to have a new name chosen by May.

Francesco Spertini, a geologist who worked at the Jeffrey Mine from 1966 to its closing in 2012, accepts that a name change is needed, but he nonetheless feels like it is surrendering to ignorance.

“The name is synonymous with death,” he said, but it shouldn’t be. “It hurts me because changing the name sides with people who don’t know.” He said that handled properly, asbestos provides an efficient, cheap and durable material for insulation.

Spertini said he tried to warn his boss 30 years ago, when people started having concerns about asbestos. The mine should have been clear about the product’s dangers and how to handle it safely, he said. But that would have caused revenue losses, he said he was told, so the company stayed quiet until the international pressure became overwhelming.

“Sales would have dropped, but people wouldn’t be dead,” Spertini said. “We had to look further than the tip of our noses, but people didn’t want to lose their bonuses.”

Back at the offices of the historical society, Leblanc opened the old Jeffrey Mine employee book that his organization saved for its archives. Deep into its pages is his name, employee 7891, next to five separate entries, detailing the four times he was laid off and the fifth entry, when he finally quit and went to school to get his electrical technician certificate.

Above his name was that of his father, Gerard, who started working in the mine in 1941 until he retired in 1983.

“I loved my job,” Leblanc said of his time at the mine. “It was very, very good.” But when he was laid off in the 1980s the tension contributed to his divorce. He left town and got a job in Montreal.

But in 2012 he moved back to Asbestos to be with his children, and he found a changed town. “It’s a dynamic town, and it has a future,” he said. All it needs is to get rid of the name that anchors it to the past.