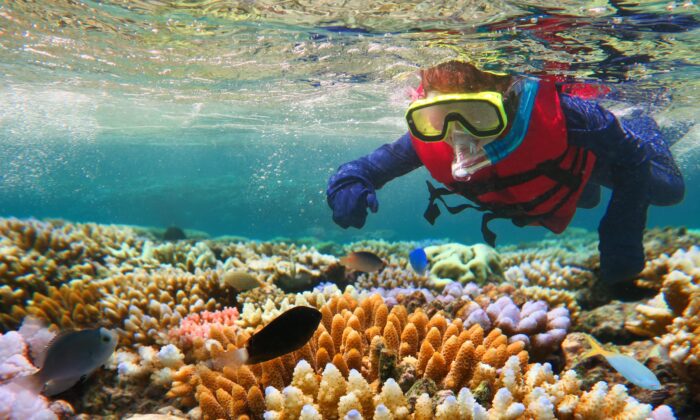 Snorkeling on the Great Barrier Reef along the Queensland coast in Australia. (Adobe Stock)
Australia

Tourists to Queensland could be taxed to visit the state’s attractions under a bold plan to generate more revenue for the sector.

The Queensland Tourism Industry Reference Panel has just released a new Action Plan (pdf) aimed at reinvigorating the industry post-COVID and in the lead-up to the 2032 Olympic Games.

Among the 75 recommendations, the Panel said local councils and tourism operators should be given the choice to apply a levy and not just rely on state government funding.

“The idea of a visitor levy is not new. It has been modelled, canvassed and debated for the best part of a decade,” the Action Plan said.

“While we appreciate that views are polarised as to whether it is an appropriate way to raise funding, everyone we spoke with saw a greater need than ever for increased funding during the COVID‑19 recovery period.”

The Panel agreed that such a move would need to be flexibly applied depending on the local attraction and its needs.

“It won’t be very popular in Queensland generally,” he told Sky News Australia on June 23. “I think even calling it a tax won’t be popular.”

“I don’t think it’ll get up. I think they’ll need to couch it in much better words … even the Queensland government, having just raised various taxes, I don’t think they will want to be part of this. It just won’t look good on them.”

The Queensland Labor government has introduced or widened three taxes in its latest budget targeting the mining, business, and gaming sectors. This was despite pledging not to introduce new taxes during the 2020 state election campaign.

Meanwhile, the Panel’s report also called for increased activation in existing destinations and new tourism experiences in places like Fraser Island and around Brisbane.

Some recommendations include introducing tour boat experiences around Moreton Bay, setting up underwater art installations like the Museum of Underwater Art near Townsville, and exploring introducing more underwater hotels along the Great Barrier Reef.

The group’s aim is to recover from the pandemic-induced lockdowns and to ramp up growth and visitor numbers.