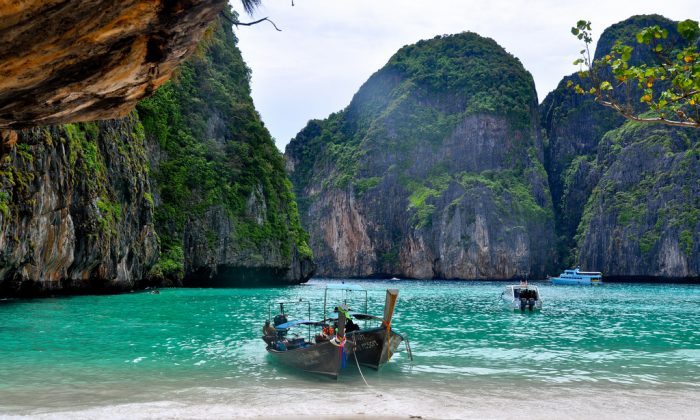 A British tourist who was backpacking in Thailand might “never walk again” after breaking her neck while diving.

Sophie Wilson, 24, of Leicestershire was in Thailand for six months when she dived into a pool at Pai, a town in the northern part of the country, but she misjudged how deep it was, according to U.K. news outlet iNews. She was rescued from the water and taken to a hospital, unable to feel or move her legs.

Sophie Wilson may never walk again – and now she needs £100,000 for medical bills and a flight after her insurers refuse to pay out.https://t.co/kCTS5vAWQv

Her family said she might not ever walk again, but she has had two successful surgeries and made progress, the iNews report stated. Wilson is able to breathe on her own and can move one arm, but she can’t use her legs.

Her medical bills total about $45,000 and flying her home will cost another $30,000, prompting her family to start a GoFundMe.

Wilson had signed up for travel insurance, but the company allegedly refused to pay because her injuries were caused by a “reckless act,” her family claimed.

“It is heartbreaking as I previously led a very active lifestyle and the doubt of whether I will be able to walk again is hard to take,” she told iNews. “But I believe that being negative will only make things harder. I’m lucky to still be here.”

Her family said that her neck was broken in two areas.

“The news was broken to us that Sophie had broken her neck at C6 and C7, which had left the spinal cord compressed. This means that we are currently left in a situation where we are unsure, at this stage, as to whether Sophie will be able to walk again,” the GoFundMe page says. “On arrival John and Jane were informed that Sophie was lucky to be alive, as it was ‘touch and go’ at one stage, as to whether she was going to live, due to her blood pressure dropping to dangerously low levels.”

It said she has undergone about 10 hours of surgery in Thailand.

And the reason for the expensive plane ride home, according to the page, is because she needs specialized care. It will “involve the constant care and attention from a doctor and two nurses for the duration of the journey home from Thailand, due to the severity of Sophie’s injuries,” said the fundraising page.

“Our wish now is to get her home as soon as is physically possible, so that she can begin her rehabilitation programme to support the recovery process and be re-united with her loving family, after what has been the most challenging time of our lives,” according to the fundraising page.

As the page explained, the insurance company “informed us they will not be covering the costs of the operations, any care she needs from this point onwards, or most importantly to us, getting her home to the UK … Consequently, this has left our family faced with the prospect of paying for such fees.”